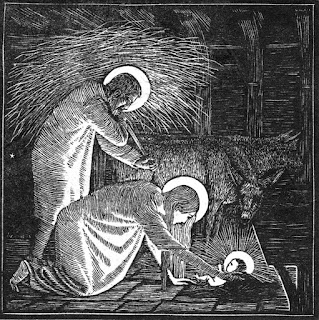 Sending holiday wishes to everyone this season. I hope your time with family and friends and sharing time with the occasional stranger proves fruitful and creates happy memories. Instead of my usual story or historical article about printmaking, this year I just wanted to post some excellent prints about the birth of Christ and the nativity. As you will see there are many artists who have made images on the subject. You will notice I am posting some prints that are much older than the usual timeline I write about. I thought it would be a nice diversion to show some works by older printmakers this round.

At this time of year we all can all spend a little time away from the office, or studio and spend some time with those people that mean something to us. I wish everyone a blessed holiday, and will see you in the new year! 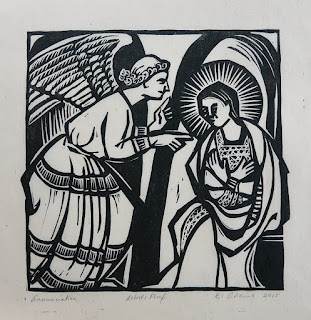 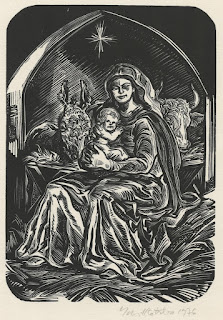 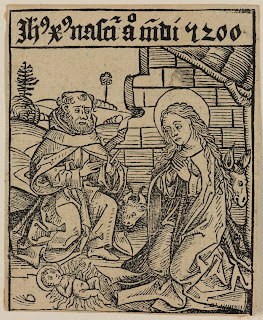 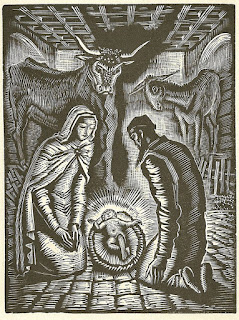 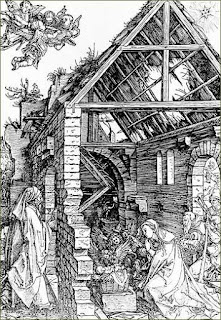 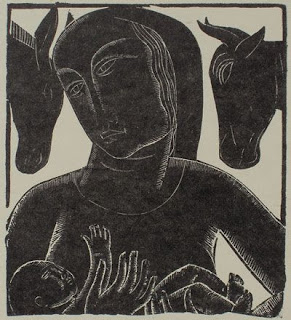 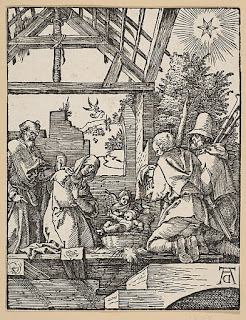 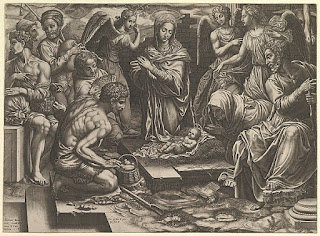 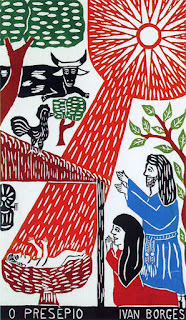 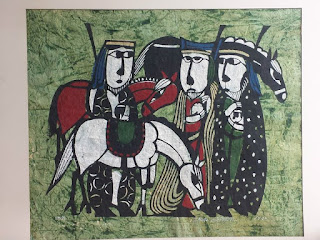 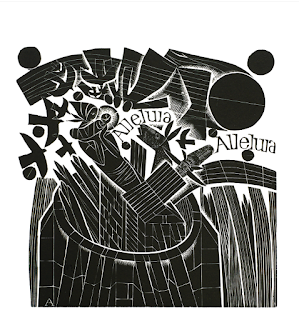 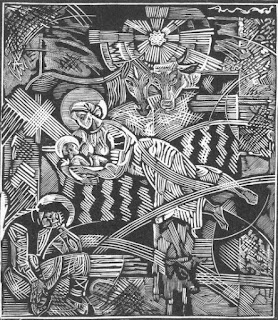 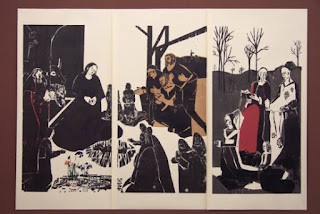 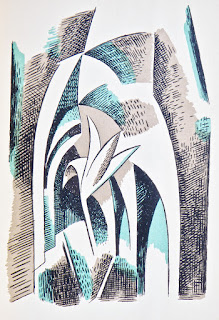 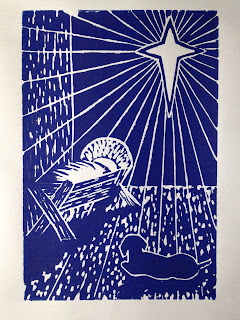 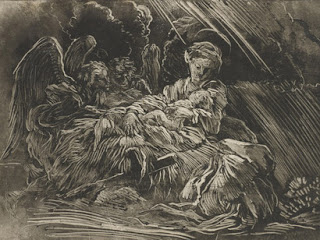 Posted by Tparker at 8:25 AM No comments:

An owl seeks its prey under stealth of night under a moonlit sky....A hawk surveys its domain on its lofty perch....A mother and father protect their young hatchlings....All this and more is seen through the wonder-filled eyes of Colin See-Paynton. 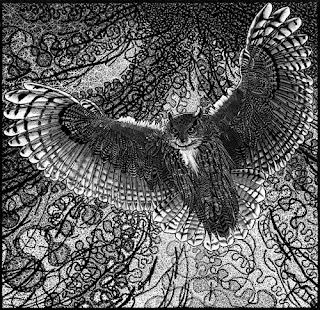 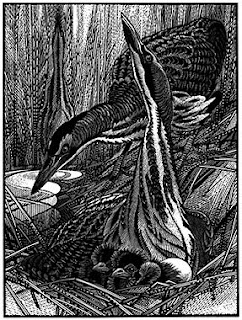 See-Paynton is a self-taught printmaker (who lives in Wales) whose love of nature is reflected in animals that nest, birds that fly and rabbits that scurry underbrush in the night. His delightful portrayal of these creatures is not merely descriptive, but also fanciful. There is a story waiting to be told in each of his prints. The loving care with which he describes these animals, and the sometimes playful manner in which they cross each other's paths is charming and curious. I want to know more about the rabbit that crosses the owl like they are both going lickity-split, faster than light, and suddenly find themselves nearly missing running into each other. The confusion on the face of the rabbit says it all, like "Hey man, slow down! I am supposed to be the fastest thing running around here." 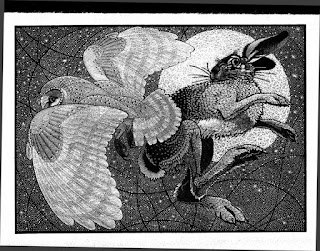 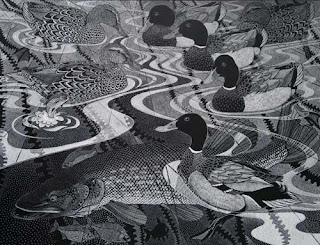 Similarly, the fox and the owl are racing toward their prey as they jump over a slip of a moon, with the celestial stars to illuminate their way. There is a race going on to be sure, but they seem more intent to race and beat each other, rather than catch a little bite to eat. 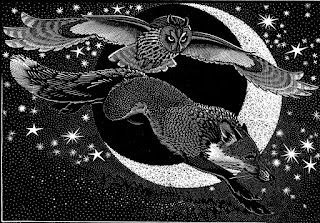 See-Paynton captivates his audience with his subject, but also the mythical places in which they dwell. There is a sort of no man's land his subjects run and fly through, but if we allowed ourselves to wander into a wood, I am sure we would see and hear the same subjects flit by our feet and swoop by our heads. See-Paynton shows us a quieter place and time, where the rush to get to work or the hassles of a day-to-day job fade away as we contemplate the lightning speed of a hawk as it chases its prey, or the hear the quiet ripples of water in a brook as ducks look under the surface of the water to see the catfish meandering below. 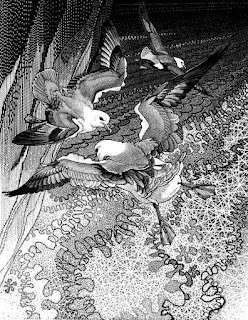 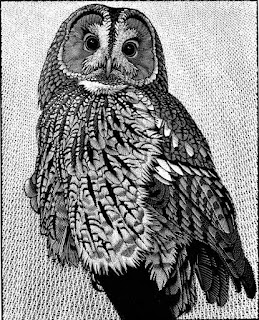 See-Paynton clearly loves his work, and the images are beautifully crafted with a deft precision and variety of line. His is a world full of wonder and observance of the laws of nature. Hopefully, we can all spend a little time out in the less traveled world and delight in what we discover. 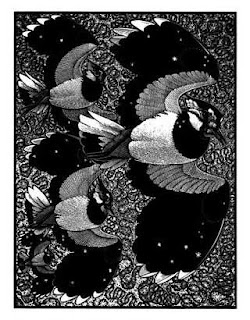 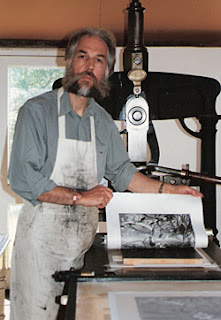 Posted by Tparker at 3:17 PM No comments: