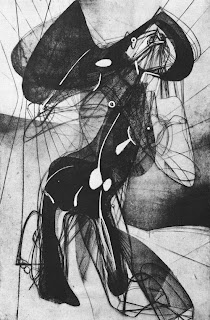 You know there are printmakers, and then there are PRINTMAKERS. Stanley William Hayter is recognized as one of the greatest of the greats of this medium, and you'd be hard-pressed to find anyone who would refute it. His legacy for encouraging European and American artists, in fact artists from around the globe, who made their personal pilgrimages and flocked to his Atelier 17 doors, was and still is staggering. Artists who never had printed before suddenly were seen working in his studio. Notable artists of the 20th c. were commonly seen working on plates and inking it up alongside their colleagues. It was the Best place to work, and to study the Hayter 'multi-color technique'. He trained some of the best printmakers of the generation and his own work bridged between the standout Surrealism and Abstract Expressionism movements which defined the century. 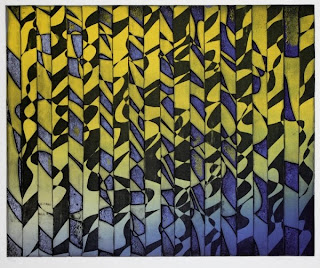 Stanley William Hayter, CBE (1901 –1988) was a British artist associated in the 20thc with two of its most important art movements - Surrealism and Abstract Expressionism. Widely regarded as one of the most significant printmakers of the 20th century, in 1927 Hayter founded a print shop in Paris for young artists interested in the medium in 1927.The shop became known as Atelier 17, (which has since been called Atelier Contrepoint after his death in 1988).

Hayter was born in London’s Hackney neighborhood, to a family of artists. Before art became his passion, Hayter studied chemistry and geology from King's College London and worked in the Middle East from 1922-1925 for the Anglo-Persian Oil Company. When Hayter returned home to convalesce from an attack of malaria, he had a one-man show of the paintings and drawings he had made while overseas. Shortly thereafter, Hayter chose to study art. 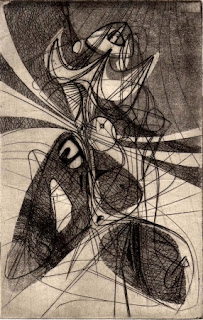 In 1926, Hayter studied briefly at the Académie Julian in Paris. During that same year, he met a Polish printmaker Józef Hecht, who introduced him to the printmaking medium. Hecht helped Hayter acquire a press for starting a printmaking studio for artists young and old, experienced and inexperienced, to work together in exploring the engraving medium.In 1927, Hayter opened the studio, and in 1933 he moved it to No. 17, Rue Campagne-Première, where it became internationally known as Atelier 17.

In 1929 Hayter was introduced to Surrealism by Yves Tanguy and André Masson. He began a series of printmaking technical experiments all loosely based on the Surrealist/Jungian concepts of subconscious image and automatic line. At the outbreak of World War II, Hayter moved Atelier 17 to New York City and taught printmaking at the New School. Artists from around the world gathered to work with him, many had been part of the printmaking section of the WPA, and some young artists were interested in breaking with the past and experimenting with technique and ideas. The emphasis in New York focused more on experimental color printing, and technical experimentation. Artists such as Jackson Pollock and Mark Rothko made prints at the New York Atelier 17. Returning to Paris in 1950, Hayter took Atelier 17 with him. Hayter was a prolific printmaker, completing more than 400 before his death. His book New Ways of Gravure was published in 1949 and again in 1966, whereas his other book About Prints was published in 1962. Hayter made 452 prints during his lifetime. 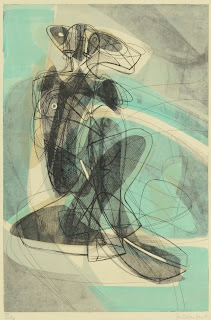 Hayter returned to Paris in 1950 and re-established Atelier 17, attracting more international artists, including artists from Asia. Noted for his innovative work in the development of printing with varying viscosities of oil-based inks to lay multiple colors on a single intaglio plate). Hayter has been credited with influencing notable artists such as Pablo Picasso, Alberto Giacometti, Joan Miró, Alexander Calder, Marc Chagall, Jackson Pollock, Mark Rothko, and the great artist/teacher Mauricio Lasansky. 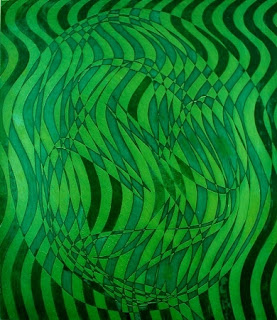 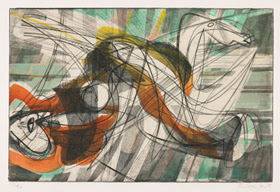 The first family artist was Charles Hayter (1761-1828);a miniaturist and portrait draftsman as well as an artistic theoretician. He was appointed Princess Charlotte's Professor of Perspective and he published a treatise on this subject in 1813. Two of Charles Hayter's sons became well-known painters: Sir George Hayter (1792-1871) and John Hayter (1800-1891). George Hayter was appointed Queen Victoria's portrait and history painter on her accession to the throne. She knighted him in 1842 for his services. George's younger brother, John, first exhibited at the Royal Academy in 1815 at the age of 15. John Hayter was the great-great-grandfather of Stanley William Hayter. And S. W. Hayter's father, William Harry Hayter, was also a painter and professional artist.

Hayter was married three times: 1) Edith Fletcher (dissolved in 1929), 2) American sculptor Helen Phillips (dissolved in 1971), and 3) Irish poet and writer Desiree Moorhead, with whom he lived in Paris at the time of his death. He had three sons: Patrick from his first marriage, Augy and Julian from his second. Augy was an actor, writer and translator, and Julian was a composer, musician and photographer. All are deceased. 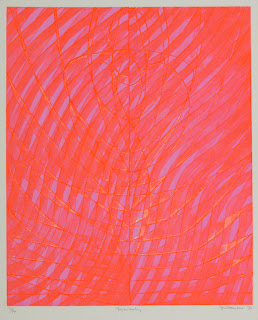 Stylistically, Hayter's often violent-looking Surrealist period was stimulated in part by his passionate response to the Spanish Civil War and to the rise of Fascism. His theoretical writings on automatism and the expressive abstraction of his own work were a formative influence on Pollock and others.
From the 1940s his primary technical preoccupation was with color printing. His technique suited an increasingly chance look and explored his fascination with waves. From the 1970's Hayter reintroduced figurative elements in combination with a vibrant palette and lyrical line. Like his work or not, one has to give the man kudos for inspiring and giving of his life for a medium he loved. We have all benefitted greatly from his work and the legacy that lives on in his workshop. 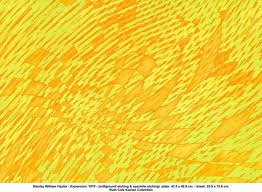 Posted by Tparker at 6:22 PM No comments: