The Imaginary World of Oleg Denysenko 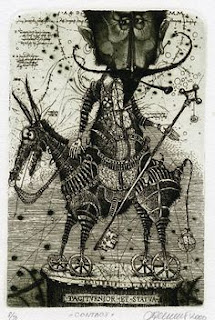 The work of Ukrainian artist Oleg Denysenko mesmerizes the viewer and transports us to a place filled with knights and kings, whirlybirds and half-man half-machines. The whimsy of his work is fascinating, and his portraits harken back to a time of the great noble classes of the 19th c. In all, his work boggles our collective minds with his compositional prowess and expert line work. 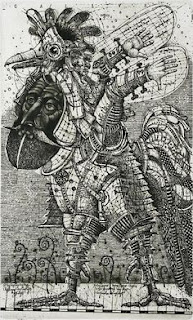 Where do these images come from? Denysenko seems to have an endless supply with which to draw from.

Denysenko was born in 1961, in the Ukraine, and the artist currently lives and works in Lviv. 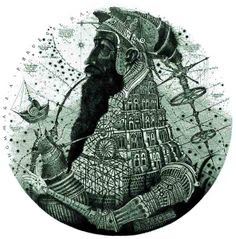 He graduated from the Ukrainian Academy of Printing, specializing in Graphics(Printmaking).
He is internationally recognized for his prints, paintings, sculptures, and artist’s books, and he has received several awards for his work throughout Europe and the United States. 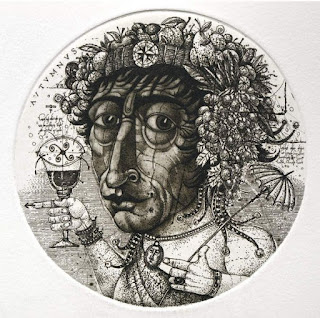 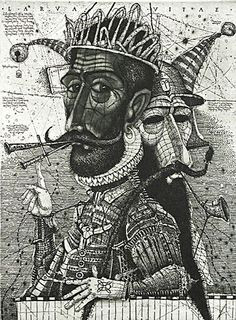 He is a member of Ukrainian Artist’s Union, and a member of the Academician Senate of International Academy of Modern Art, in Rome, Italy. 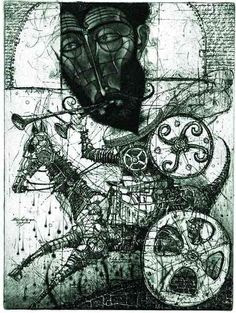 Some of Denysenko's images remind me of holiday Kris Kringle and then other remind me of a medieval knight, or an icon, or still yet the Man from La Mancha and Salvador Dali. The sparkling look of his work bounces our eyes across the print looking for the most minute details. As with other Eastern European artists, the detailing is everything. Denysenko does not disappoint. Get out your magnifying lenses, for there is much to find in this man's work. 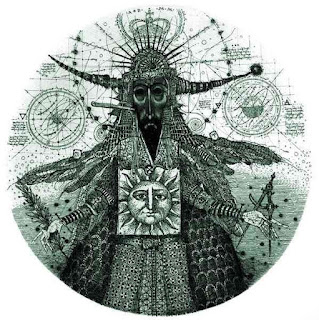 Time to Give the Turkey Thanks!

Greetings, my fellow printmakers..... The time is upon us to celebrate some down time from inking ourselves up, pack up the pets and the kids, and head over to Grandma's house for some holiday fixin's. :) Artistically speaking, the holiday is never complete without a print or two, so i rounded up a few special items for your viewing pleasure. I also decided to give you a bit of information about the Thanksgiving story and how it evolved into a national holiday. Enjoy your family time, and if you cannot be with family, then hang out with your friends, or volunteer at a food pantry or shelter to help feed those less fortunate. Blessings to you all. 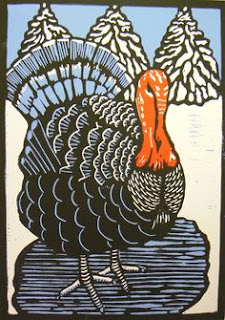 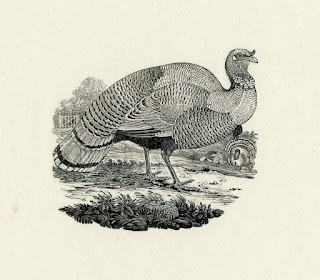 The Thanksgiving holiday's history in North America is rooted in English traditions dating from the Protestant Reformation. Thanksgiving and special religious services became important during the English Reformation in the reign of Henry VIII and in reaction to the large number of religious holidays on the Catholic calendar. The holidays were to be replaced by specially called Days of Fasting or Days of Thanksgiving, in response to events that the Puritans viewed as acts of special providence. Special blessings, viewed as coming from God, called for Days of Thanksgiving. Thanksgiving days were also called following the victory over the Spanish Armada in 1588 and following the deliverance of Queen Anne in 1705. 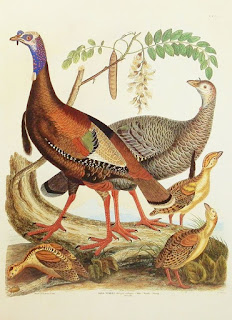 The first Canadian Thanksgiving can be traced back to 1578 and the explorer Martin Frobisher, who had been trying to find a northern passage to the Pacific Ocean. He held his celebration in thanks for surviving the long perilous journey from England. On his third and final voyage to the far north, Frobisher held a formal ceremony in Frobisher Bay in Baffin Island (present-day Nunavut) to give thanks to God. The origins of Canadian Thanksgiving are also traced to the French settlers who came to New France with explorer Samuel de Champlain in the early 17th century, who celebrated their successful harvests, sharing food with the indigenous peoples. 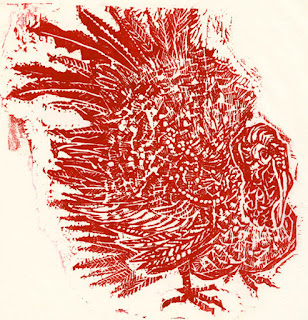 As settlers arrived in Canada from New England, late autumn Thanksgiving celebrations became commonplace. New immigrants into the country—such as the Irish, Scottish, and Germans—also added their own traditions to the harvest celebrations. Most of the US aspects of Thanksgiving (such as the turkey), were incorporated when United Empire Loyalists began to flee from the United States during the American Revolution and settled in Canada. 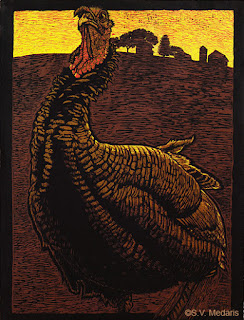 In the United States, the Thanksgiving holiday tradition is traced to a 1621 celebration at Plymouth in Massachusetts. Pilgrims and Puritans who emigrated from England in the 1620s and 1630s carried with them the tradition of Days of Fasting and Days of Thanksgiving. According to some historians the Pilgrims may have been influenced by watching the annual services of Thanksgiving for the relief of the siege of Leiden in 1574. Leiden's autumn thanksgiving celebration in 1617 helped accelerate the pilgrims' plans to leave Europe. In America, religious thanksgiving services were declared by civil leaders. The practice of holding an annual harvest festival did not become a regular event in until the late 1660s. 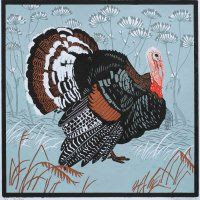 During the American revolutionary period, political influences affected the issuance of Thanksgiving proclamations. As President of the United States, George Washington proclaimed the first nationwide thanksgiving celebration in America marking November 26, 1789, "as a day of public thanksgiving and prayer to be observed by acknowledging with grateful hearts the many and signal favors of Almighty God". In modern times the President of the United States, in addition to issuing a proclamation, will "pardon" a turkey, which spares the bird's life and ensures that it will spend the duration of its life roaming freely on farmland. 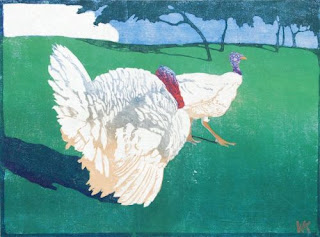 Earlier American religious Thanksgiving services were held by Spanish explorers in Texas at San Elizario in 1598, as well as thanksgiving feasts in the Virginia Colony. Some argue that the earliest Thanksgiving service in the United States was celebrated by the Spanish on September 8, 1565, in Saint Augustine, Florida. A day for Thanksgiving services was also codified in the founding charter of Berkeley Hundred in Charles City County, Virginia in 1619. The American holiday's true origin was the New England Calvinist Thanksgiving. Never coupled with a Sabbath meeting, the Puritan observances were special days set aside during the week for thanksgiving and praise in response to God's providence." 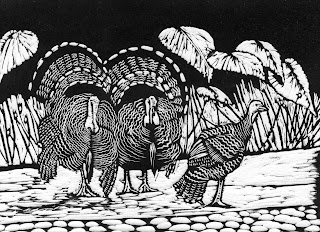 Thanksgiving in the United States was observed on various dates throughout history. Thanksgiving was first celebrated on the same date by all states in 1863 by a presidential proclamation of Abraham Lincoln. Lincoln proclaimed the date to be the final Thursday in November in an attempt to foster a sense of American unity between the Northern and Southern states. A nationwide Thanksgiving date was not realized until Reconstruction was completed in the 1870s. On December 26, 1941, President Franklin D. Roosevelt signed a joint resolution of Congress changing the national Thanksgiving Day from the last Thursday in November to the fourth Thursday.

Many of the Pilgrims who migrated to the Plymouth Plantation had resided in the city of Leiden from 1609–1620, and had recorded their births, marriages and deaths at the Pieterskerk (St. Peter's church). To commemorate this, a non-denominational Thanksgiving Day service is held each year on the morning of the American Thanksgiving Day in the Pieterskerk, a Gothic church in Leiden, noting the hospitality the Pilgrims received in Leiden on their way to the New World. 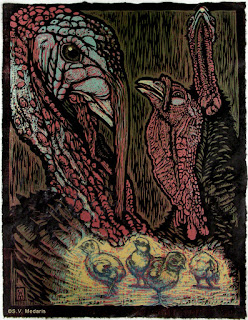 The Harvest Festival of Thanksgiving is traditionally held on or near the Sunday of the harvest moon that occurs closest to the autumnal equinox. Harvest Thanksgiving in Britain pre-dates Christianity when the Saxons would offer the first sheaf of corn to fertility gods. When the harvest was finally collected, communities would come together for a harvest supper. When Christianity arrived in Britain many traditions remained, and today Harvest Thanksgiving is marked by churches and schools in late September/early October (same as Canada) with singing, praying and decorating with baskets of food and fruit to celebrate a successful harvest and to give thanks. Collections of food are usually held which are then given to local charities which help the homeless and those in need. 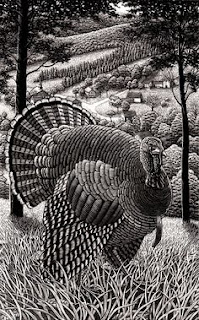 Wishing you all a very happy holiday with loved ones, and hoping you enjoy a little of Mr. Turkey. Be well!
Posted by Tparker at 1:54 PM No comments:

Time to Vote! Will it be Hillary or the Donald? 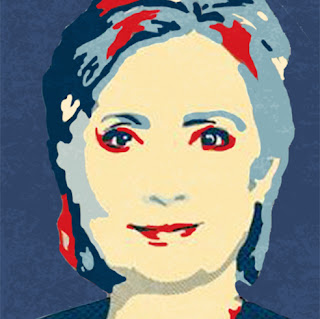 Okay, it's time, my inked up friends. The time is at hand when we Americans must go to the polls and vote for a candidate we feel can lead this great nation for the next four years. Unfortunately, this year has been a rough ride in terms of the political choices, and now we have a highly contentious (and honestly, embarrassingly silly) campaign that will be decided in 24 hours - or not. Not to put a damper on this thing, but it could go down as infamously as the 'chads' incident in 2000. Only time will tell.

In the spirit of what is great about this country, I have selected a few of the wonderfully creative prints and posters associated with this campaign. I hope you enjoy them. Please, if you are of voting age and you are a US citizen, go out and vote tomorrow. If you already did, bless you. This year's election is quite important to our country, and the outcome does impact our allies and the world. Not trying to over emphasize the election, but people around the world will be watching the outcome this time. We will either see a business man or the first woman elected to the office of the presidency. Either way, it will have an impact that will be felt for a long time to come. Go Vote! 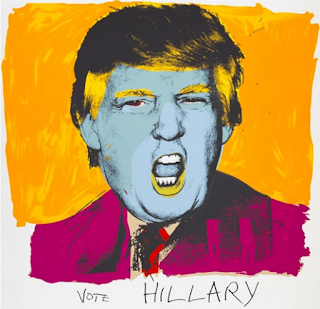 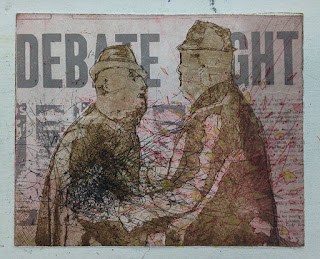 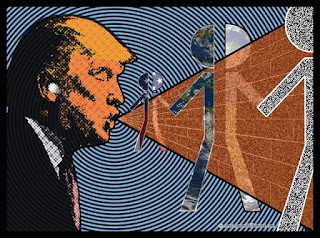 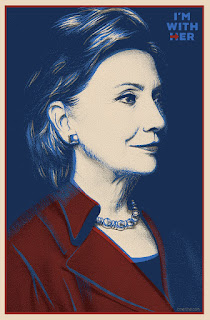 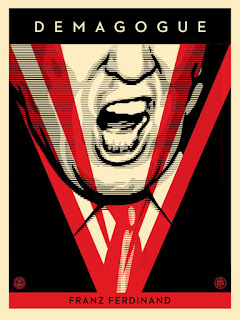 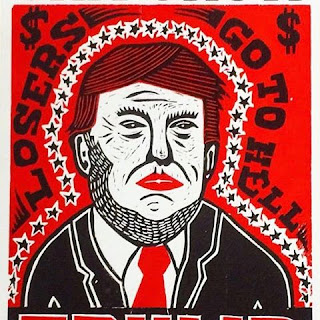 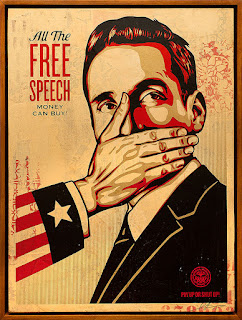 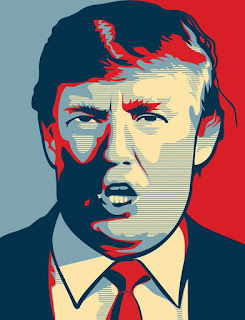 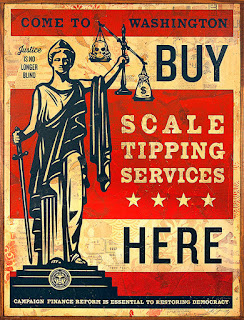 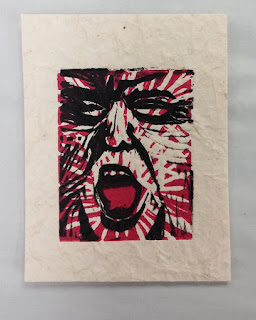 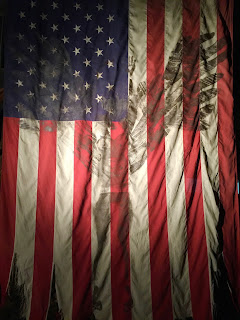 Posted by Tparker at 9:28 AM No comments: