Greetings from the Easter Wabbit !

The time of year is upon us when the Easter Wabbit and his little bunny helpers brings baskets filled with multi-colored eggs and lovely chocolate treats to our small inked up children. I wanted to wish everyone a Happy Easter and hope it brings a joyful time with family and friends. These prints were randomly selected from the internet for this year's commemoration. Sorry, I do not know the name of the artists, but I hope you all enjoy seeing their works. 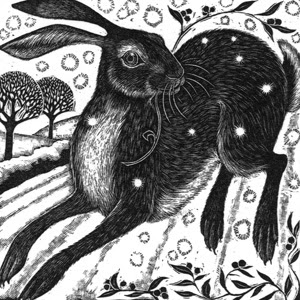 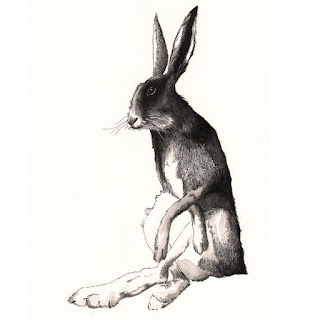 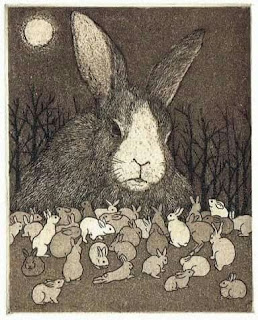 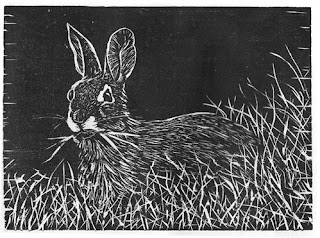 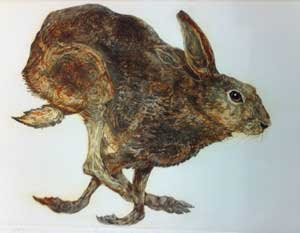 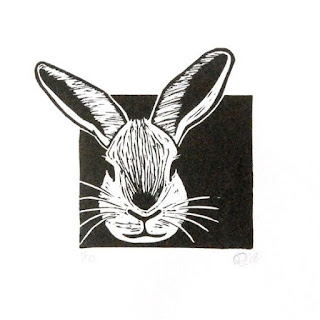 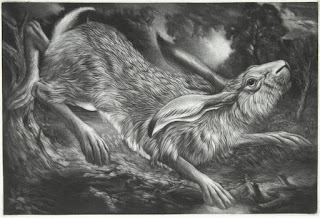 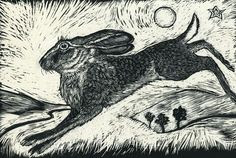 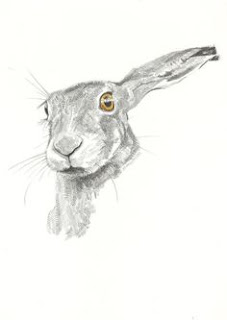 Posted by Tparker at 2:49 PM No comments: 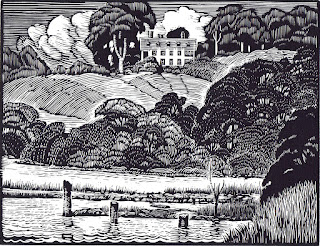 Carroll Thayer Berry (1886 – 1978) was an American artist who grew up in Maine, and whose work engagingly presents scenes from life along the New England coast. Born and raised in New Gloucester, Maine, Berry enrolled at the University of Michigan, and then moved to Massachusetts, where he worked as a mechanical draftsman for an engineering firm. 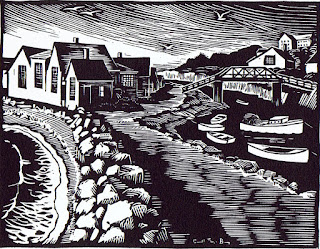 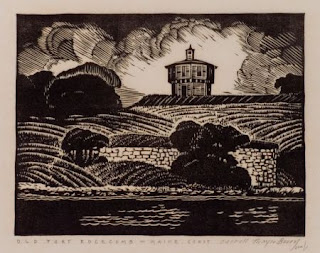 While in the U.S., Berry took art classes at the Pennsylvania Academy of Fine Arts. In 1915, he moved to New York City, earning his living as a commercial artist.
In 1917, when the U.S. entered World War I, he was commissioned as a first lieutenant, and assigned to paint camouflage. Berry was one of the first officers attached to the American Camouflage Corps. who were shipped to France for the remainder of the war. 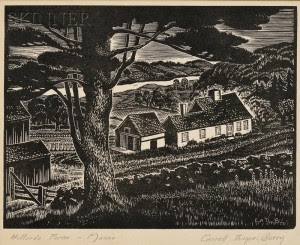 Berry settled in Chicago after WWI where he worked as a designer of installations and interiors for office buildings. During the Depression, Berry moved back to New England, settling in Wiscasset, Maine. With WWII on the horizon, the Bath Iron Works commissioned of Berry a series of paintings on their construction of U.S. Navy fighting ships. 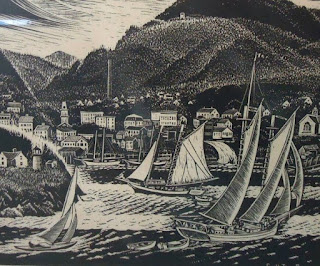 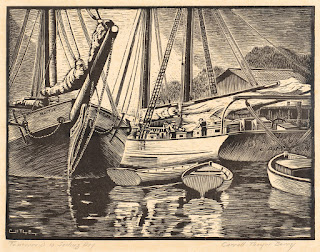 Berry bought a home in Rockport, Maine following WWII. His studio was equipped with a 19th-Century printing press, with which Berry perfected his printmaking skills.
There developed a great demand for his prints, and he sometimes produced large editions, or returned to reprint the editions. 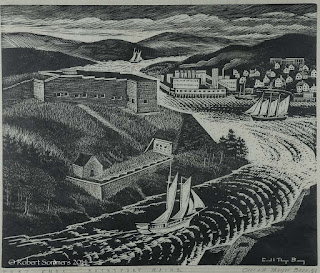 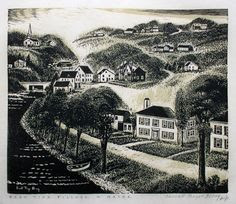 Overall, Berry's work falls within three periods: His early works were experimental, and reflected the changing artistic trends of the early 20th century. During the Depression, he turned to more affordable printmaking medium, which eventually evolved into his iconic style. Finally, around 1973, his interests shifted to using geometry in dynamic symmetry, a system of proportion and natural design in his compositions. 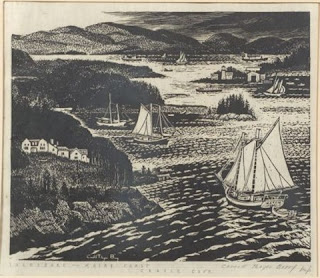 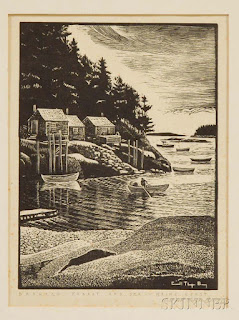 Berry's work transports us onto his sailing boats and lets us move into and out of east coast harbors. The light in his compositions, the clouds, the birds, and the way he organically moves our eyes around each image lets us feel the air and smell the water and feel as though we are there, too. The work is light-filled and airy. It is sleepy and industrious. Even though we see no people in his works, we know they are there, just below deck on inside the homes of the coastal towns. They are alive and project a soothing environment for living and working. We should all be so lucky to visit the towns he has portrayed. It would do us all some good to get out the fishing gear and rent a cottage by the sea. Berry shows us his life, and it was a fine one, indeed. 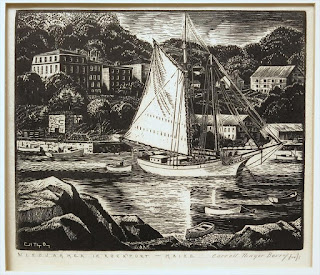 Posted by Tparker at 1:53 PM No comments: