The Pride of South Side Chicago: Charles W. White

Charles W. White (1918-1979) is considered one of America's most recognized African-American Social Realist artists. White’s works is largely devoted to the portrayal of Black America. 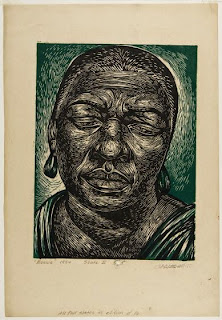 Two personal experiences greatly affected White, which later came to influence his artwork. First, he was physically assaulted for walking into a restaurant in New Orleans. Second, in Virginia, White was forced, at gunpoint, to the rear of a streetcar. Additionally, he developed a deeply-rooted anger against injustice after learning that several of his relatives had been lynched. 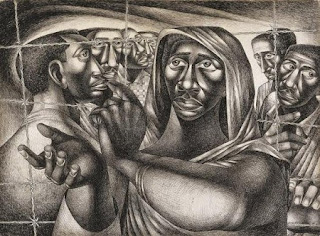 “I use Negro subject matter because Negroes are closest to me. But I am trying to express a universal feeling through them, a meaning for all men… -- I’ve had my work in museum’s where I wasn’t allowed to see it. But what I pour into my work is the challenge of how beautiful life can be.” 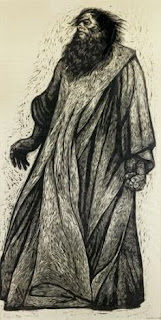 Born in 1918 to Ethel Gary and Charles White Sr., on the South Side of Chicago, White was the son of an African-American domestic worker and a railroad dining car waiter of Indigenous American descent. Art became a refuge from his unhappy home and their extreme poverty, and from the violence often found in his neighborhood. As a child, while his mother was working, White would often spend hours alone at the public library or the Art Institute of Chicago. 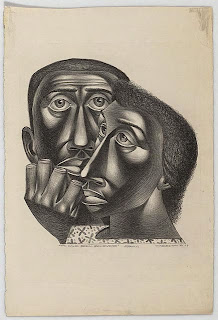 By the age of seven, he showed an interest in art, making objects from found materials and using paint set that his mother bought him for his birthday. At fourteen he joined the Arts and Crafts Guild and he worked as a sign letterer for the Regal Theater. White’s drawings won a competition, so he attended a weekend “honors” class at the Art Institute. Artists Charles Sebree and Margaret Burroughs also attended this class. When he was 16-years-old, he met and hung out with many artists like poet Gwendolyn Brooks, author Margaret Walker, and Richard Wright. 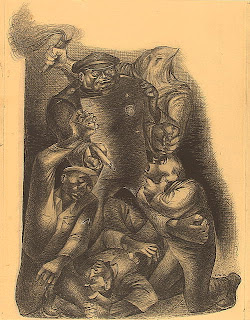 By the age of twenty he graduated from the Art Institute of Chicago in 1938 and then he began working on projects through the Works Progress Administration.

White moved to New York in 1942, studying for a short period of time at the Art Students League, and met many social activists, writers, musicians, and intellectuals. He met and married sculptor Elizabeth Catlett, who then taught in New Orleans at Dillard University. He had won two scholarships, one to the Chicago Academy of Fine Arts and the other to the Frederic Mizes Academy of Arts, both of which were withdrawn when it was discovered White was African-American. 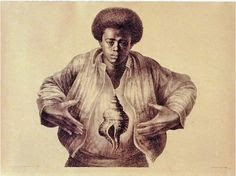 White and Catlett left New York to teach at Hampton Institute in Virginia until White was drafted in 1943. Soon after, he contracted tuberculosis while serving in the Army and spent three years in a Veterans hospital in Beacon, New York. Forced to limit his exposure to oil paints, he began to focus more on drawing, worked on subjects of social injustice, as well as incidents of African- American history. 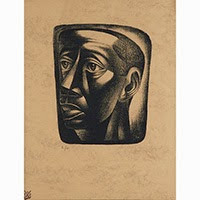 He then returned to New York City and had a one man show at the American Contemporary Artists (ACA) Gallery in September 1947. That fall, White and Catlett went to Mexico at the invitation of muralist David Siqueiros. They studied and worked for one year at Mexico’s graphic workshop Taller de Grafica Popular before his health deteriorated again and he was forced to return to New York where he had lung surgery. His marriage to Catlett ended soon after his travels to Mexico. 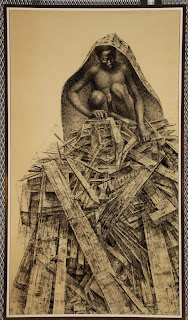 In 1950, White married Frances Barrett. They chose to move to California for the weather, to help improve White’s ailing health. During this period, White’s works were being discovered by the Black Consciousness movement of the 1960s and several black colleges sought to exhibit his work.

White died on October 3, 1979, in California, of congestive heart failure.

In a monograph written by Andrea Barnwell, Director of the Spelman College Museum of Fine Art, she says "Charles White's art, easily identifiable by its bold figures, left an indelible imprint. This romantic revolutionary believed wholeheartedly in the art, mission, compassion, and dreams of all black people."

Recipient of the Julius Rosenwald Foundation study grant.
Elected to the National Academy of Design in 1972.
Chair of the Drawing Department at Otis College of Art and Design.
Taught at the Otis Art Institute from 1965 - 1979.
Received an honorary doctor of arts degree from Columbia College Chicago.
Featured LACMA's first exhibition devoted exclusively to African-American Artists.
Hampton University. mural: The Contribution of the Negro to American Democracy 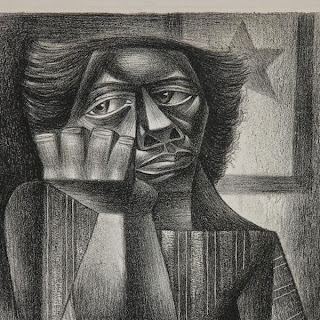 Ah, my inked up comrades, it's the day people everywhere share some food, drink, flowers, chocolate, and a little time with a special inked up someone(preferably, but not required.) It is also the day a long-standing tradition of making, printing, sending and receiving little pieces of paper covered with hearts, cupids and affectionate phrases makes their way into our mailboxes, coat pockets, and the inbox of our computers.

Today, I am sharing a couple images with you to celebrate the poor St. Valentine, who's day wasn't so romantic or much fun. His death in the year 270 was less than desirable, but from it has sprung countless expressions of romance and desire. The images below show how much printmaking has had a hand in this day of love, but then we understand that, being that we love what we do and what we make. Enjoy, my friends... 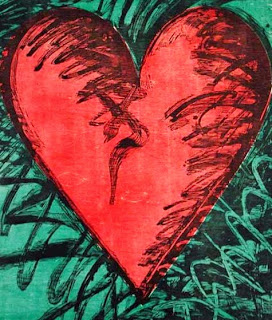 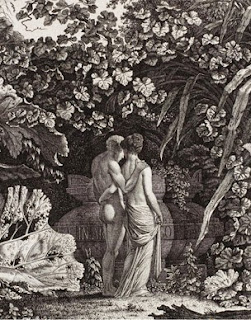 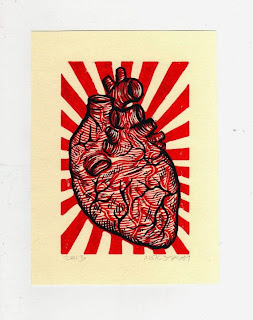 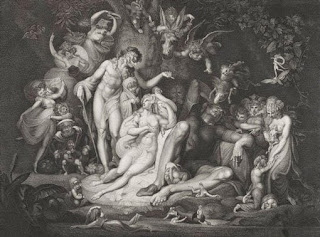 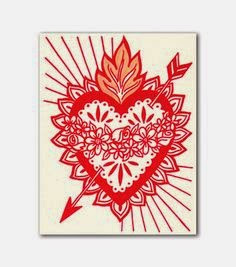 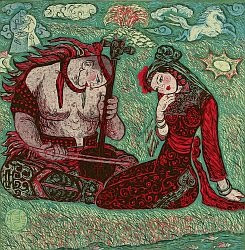 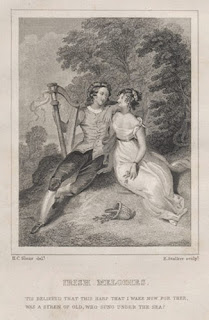 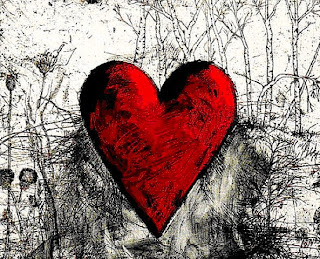 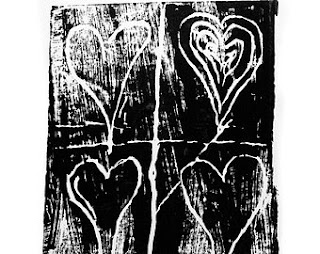 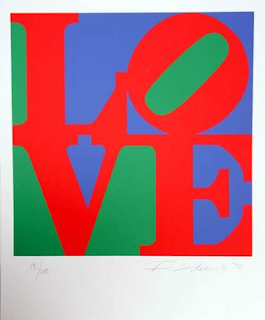 Posted by Tparker at 7:11 AM No comments: