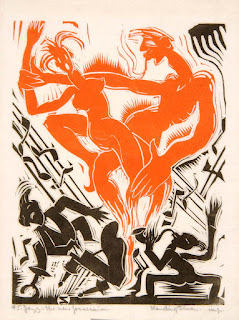 An exhibition of Herman Leonard's "Legends of Jazz" inspired me to look for our inked up brethren who have been inspired by the subject of jazz music for their printmaking and I found some excellent pieces which I will now share with you. The beat, the rhythms, the instruments, the sweat of a musician's brow, the spotlight, the cool, clean elegance and snappy thin ties with trim suits. the female seductress singing on stage surrounded by male musicians who all give their soul to this genre. They uplift us, and make us feel oh so cool to be listening to their music. We feel hip and smart and feel the music infuse our bodies with something that is edgy and wild. It is a broad genre with a lot of cultural evolutions, but it is Never dull or boring to hear. Even the Sebs nightclub in this year's runaway hit movie La La Land featured some excellent jazz players and brought about an appreciation for this ever popular music. Enjoy the brief historical essay that follows.... 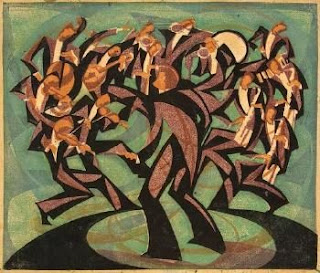 Jazz is a music genre that originated in African American communities of New Orleans, in the late 19th and early 20th centuries, and developed from roots in blues and ragtime. Since the 1920s, jazz has become recognized as a major form of musical expression. 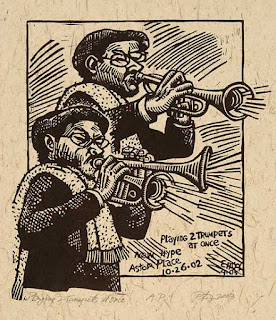 The 1950s saw the emergence of free jazz, and in the mid-1950s, hard bop emerged, which introduced influences from rhythm and blues, gospel, and blues. Modal jazz developed in the late 1950s, using the musical scale as the basis of musical structure and improvisation. 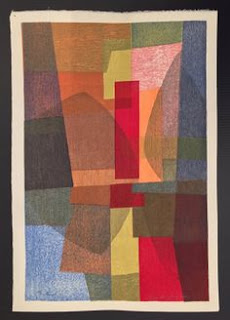 Jazz-rock fusion appeared in the late 1960s and early 1970s, combining jazz improvisation with rock music's rhythms, electric instruments, and highly amplified stage sound. In the early 1980s, a commercial form of jazz fusion called smooth jazz became successful. Other styles and genres grew in the 2000s, such as Latin and Afro-Cuban jazz. 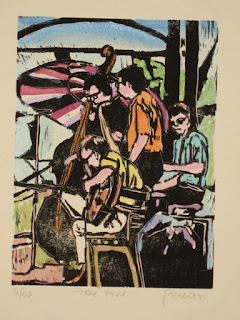 The question of the origin of the word jazz is well documented. It is believed to be related to jasm, a slang term dating back to 1860 meaning "pep, energy." The earliest written record of the word is in a 1912 article in the Los Angeles Times in which a minor league baseball pitcher described a pitch which he called a jazz ball "because it wobbles and you simply can't do anything with it."

Jazz has proved to be very difficult to define, since it encompasses such a wide range of music spanning a period of over 100 years, from ragtime to the 2010-era rock-infused fusion. Attempts have been made to define jazz from the perspective of other musical traditions, such as European music history or African music. 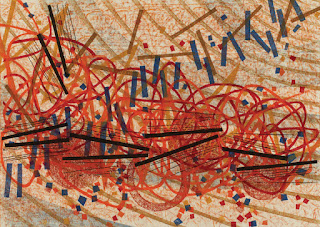 Jazz is a "form of art music which originated in the United States through the confrontation of the Negro with European music and arguing that it differs from European music in that jazz has a special relationship to time defined as 'swing, involves a spontaneity and vitality of musical production in which improvisation plays a role.
Although jazz is considered highly difficult to define, at least in part because it contains so many varied subgenres, improvisation is consistently regarded as being one of its key elements. 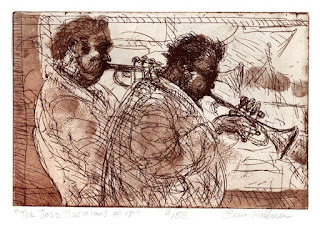 To some African Americans, jazz has highlighted their contribution to American society and helped bring attention to black history and culture, but for others, the music and term "jazz" are reminders of "an oppressive and racist society and restrictions on their artistic visions.
When men were drafted for WWII, many all-women big band jazz bands took over. The International Sweethearts of Rhythm (founded 1937) was a well-known jazz group of this era, becoming the first all-women integrated band in the U.S., touring Europe in 1945 and becoming the first black women to travel with the USO. 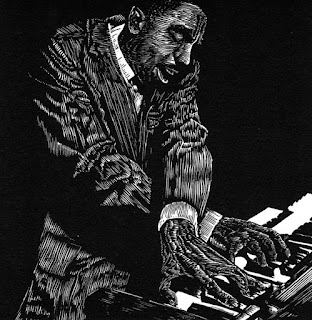 Jazz originated in the late 19th to early 20th century as interpretations of American and European classical music entwined with African and slave folk songs and the influences of West African culture. Its composition and style have changed many times throughout the years with each performer's personal interpretation and improvisation, which is also one of the greatest appeals of the genre. The music of New Orleans had a profound effect on the creation of early jazz. 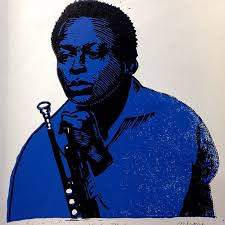 From 1920 to 1933, Prohibition in the United States banned the sale of alcoholic drinks, resulting in illicit speakeasies which became lively venues of the "Jazz Age", hosting popular music including current dance songs, novelty songs, and show tunes. Jazz began to get a reputation as being immoral, and many members of the older generations saw it as threatening the old cultural values and promoting the new decadent values of the Roaring 20s.
Also in the 1920s Skiffle, jazz played with homemade instruments such as washboard, jugs, musical saw, kazoos, etc. began to be recorded in Chicago, IL. later merging with country music. 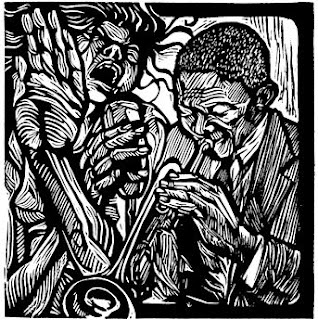 By the 1940s, Duke Ellington's music had transcended the bounds of swing, bridging jazz and art music in a natural synthesis
Dizzy Gillespie wrote:
... People talk about the Hines band being 'the incubator of bop' and the leading exponents of that music ended up in the Hines band. But people also have the erroneous impression that the music was new. It was not. The music evolved from what went before. It was the same basic music. The difference was in how you got from here to here to here ... naturally each age has got its own shit.
In the late 1940s, there was a revival of "Dixieland" music, harking back to the original contrapuntal New Orleans style. 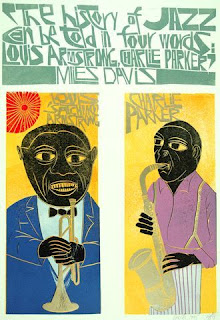 Cool jazz later became strongly identified with the West Coast jazz scene.
Latin jazz is the term used to describe jazz which employs Latin American rhythms and is generally understood to have a more specific meaning than simply jazz from Latin America. A more precise term might be Afro-Latin jazz, as the jazz subgenre typically employs rhythms that either have a direct analog in Africa or exhibit an African rhythmic influence beyond what is ordinarily heard in other jazz. The two main categories of Latin jazz are Afro-Cuban jazz and Brazilian jazz. 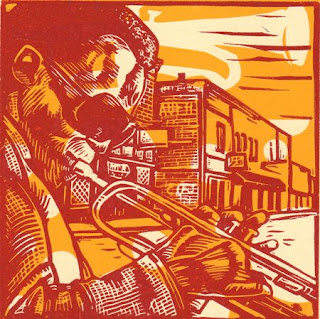 Afro-Cuban jazz often uses Afro-Cuban instruments such as congas, timbales, güiro, and claves, combined with piano, double bass, etc. Afro-Cuban jazz began with Machito's Afro-Cubans in the early 1940s. For most of its history, Afro-Cuban jazz had been a matter of superimposing jazz phrasing over Cuban rhythms.
But by the end of the 1970s, a new generation of New York City musicians had emerged who were fluent in both salsa dance music and jazz, leading to a new level of integration of jazz and Cuban rhythms. Brazilian jazz such as bossa nova is derived from samba, with influences from jazz and other 20th-century classical and popular music styles. 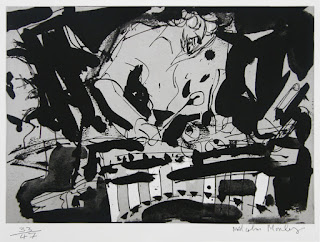 Soul jazz was a development of hard bop which incorporated strong influences from blues, gospel and rhythm and blues to create music for small groups.
By the mid-1970s, the sound known as jazz-funk had developed, characterized by a strong back beat (groove), electrified sounds and, often, the presence of electronic analog synthesizers. Jazz-funk also draws influences from traditional African music, Afro-Cuban rhythms and Jamaican reggae. 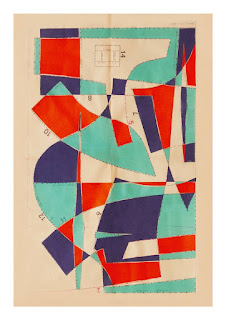 In 1987, the United States House of Representatives and Senate passed a bill proposed by Democratic Representative John Conyers, Jr. to define jazz as a unique form of American music, stating:
... that jazz is hereby designated as a rare and valuable national American treasure to which we should devote our attention, support and resources to make certain it is preserved, understood and promulgated.
It passed in the House of Representatives on September 23, 1987, and in the Senate on November 4, 1987. 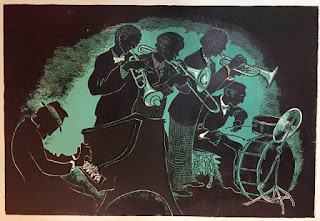 The 1980s saw something of a reaction against the fusion and free jazz , so a commercial form of jazz fusion called "pop fusion" or "smooth jazz" became popular.
In 2001, Ken Burns' documentary Jazz was premiered on PBS, featuring Wynton Marsalis and other experts reviewing the entire history of jazz to that time.