The Splendors of Japan and Kawase Hasui 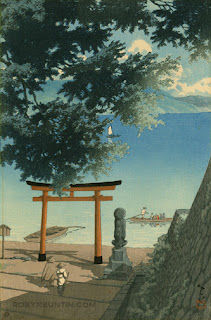 The prints of Kawase Hasui grab the viewer's attention, not in the way I usually expect to see when I look at Japanese prints. They have something else, a Western influence. The way he creates his compositions and the elegance of his coloring of the prints includes a naturalistic sensibility for atmospheric perspective that most often associated with Western art. Hasui did, in fact, study Western art and the influence is clearly felt. His ability to create a depth of plane and delicate reflected landscape color even reminds me of some artwork from the American Southwest. 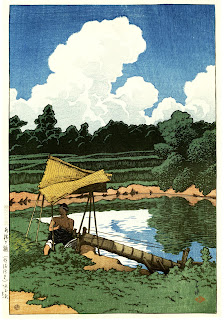 Hasui is easily adept at showing the activities of the working class, but his work does not often include people. He, like his Japanese colleagues, lets the viewer become mesmerized by the beauty of Nature itself. 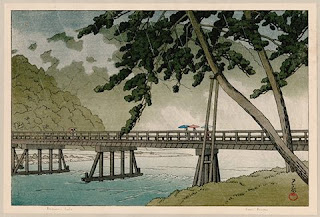 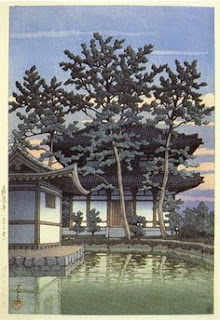 Working in all seasons, this artist shows us Japan's eternal beauty and draws us like bees to a flower to see the vistas he presents. 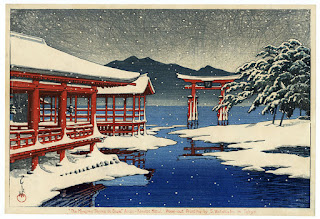 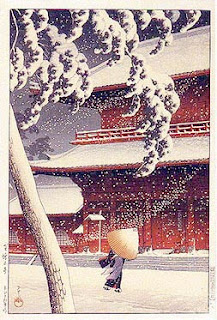 Kawase Hasui (1883-1957) is one the great masters of the Shin Hanga movement, which incorporated Western tastes into traditional Japanese art. Their popularity is largely due to the efforts of Shozaburo Watanabe, a businessman who gathered young artists around him to learn the new European concepts of perspective, light and shade. Today, Shoichiro Wantanbe still issues Hasui prints from the original matrix designs. 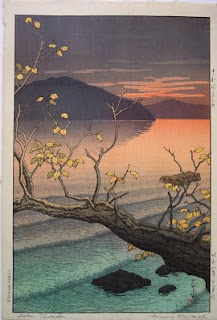 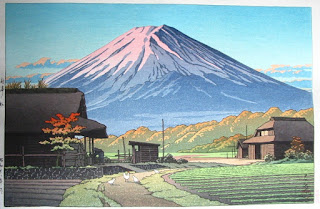 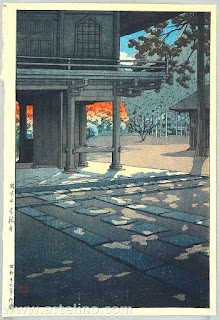 Hasui was born in Tokyo and studied both Japanese and European painting techniques as a child. His interest in Japanese prints developed during his apprenticeship at the age of 27 with the famous Japanese artist, Kaburaki Kiyokata, and his friendship with another apprentice, Ito Shinsui. 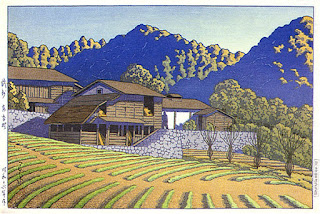 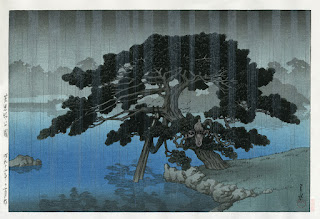 Described as the master of Japanese landscape, Hasui’s intense blue night scenes and the designs showing snowfall or rain are hugely popular with their vivid colors and natural beauty. The artist's landscape work rarely shows people. 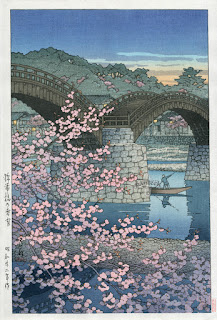 He traveled the length and breadth of Japan to create his art, sketching out a scenic landscape before adding color later. On his return visits to Tokyo, Watanabe's printshop would make Hasui’s matrixes for printing.Shortly before his death, the Japanese government declared Hasui’s artwork a Living National Treasure, the highest honor bestowed in modern-day Japan.
Posted by Tparker at 12:07 PM No comments: 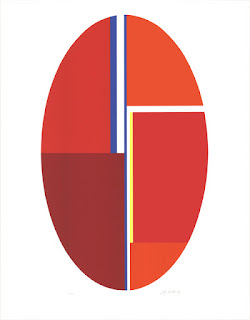 Ilya Bolotowsky (Russian-American, 1907 –1981) was born in St. Petersburg. His family fled Russia on the eve of the Russian Revolution. They first went to Baku on the Caspian Sea in the Republic of Georgia, and then to Constantinople. Eventually his family immigrated to New York City in 1923, where he attended the National Academy of Design from 1924 to1930. 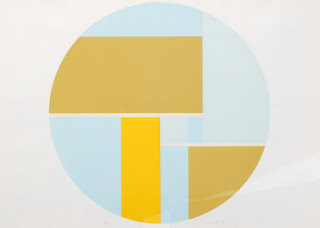 Bolotowsky was associated with an art group called "The Ten Whitney Dissenters," or simply "The Ten"; which included artists like Adolph Gottlieb and Mark Rothko, who rebelled against the academic system and held their own independent exhibitions. 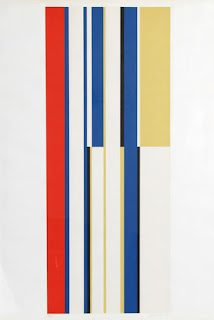 He was a leading artist in early 20th c. abstraction in the United States. Influenced by Cubism, especially the work of Georges Braque, Paul Klee, and Hans Arp, Bolotowsky began his professional career as a figurative expressionist. His work sought for philosophical order through visual expression, embraced Cubism and geometric abstraction and was influenced by the Dutch painter Piet Mondrian. 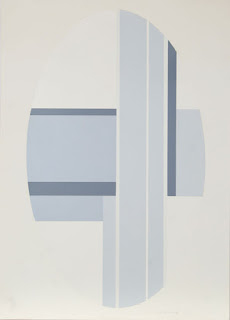 Because Bolotowsky was later influenced by the De Stijl movement, which advocated the concept of an ideal order within the visual arts, he gradually eliminated biomorphic form and began to use flat, linear structure. He adopted Mondrian's use of horizontal and vertical geometric abstraction, and used a palette of primary and neutral color. The artwork of Constructivist Kazimir Malevich also had a powerful impact on Bolotowsky's work. 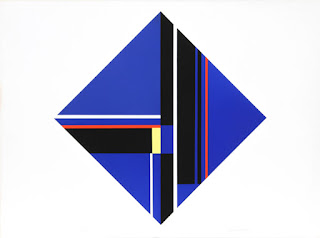 In 1936 Bolotowsky co-founded American Abstract Artists, a group that rejected American Scene painting in favor of an intellectual vision of order and clarity. It was a cooperative formed to promote the interests of abstract painters and to increase the public’s understanding of their art. 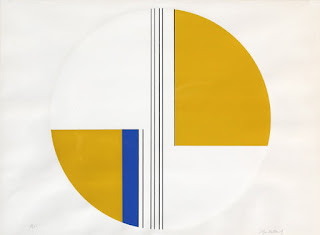 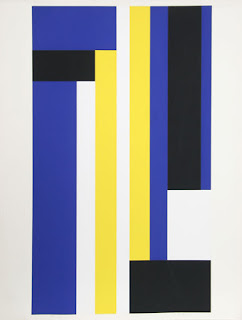 After serving in the U.S. Air Force during World War II, Bolotowsky returned to New York, and resumed his art career, but looked to new artistic sources like the work of Alberto Giacometti. In the late forties, he began to create Neo-Plastic works in which he experimented with the pure elements of geometric painting shape, direction and form by using only straight lines in a plane.
Bolotowsky replaced Josef Albers as chairman of the art department at Black Mountain College in North Carolina. He also taught at Long Island University, the University of Wisconsin at Whitewater, and the University of New Mexico. 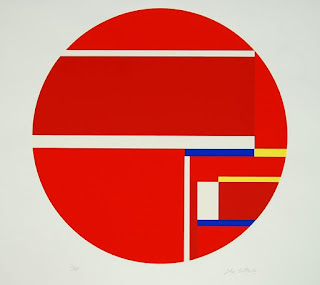 Member:
American Academy of the Arts and Letters
Federation of Modern Painters and Sculptures 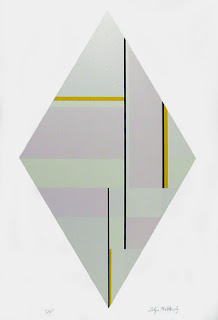 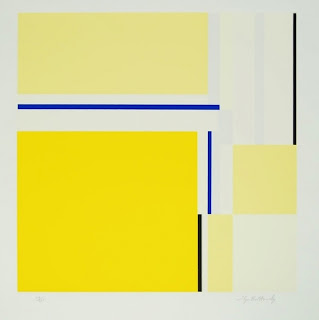 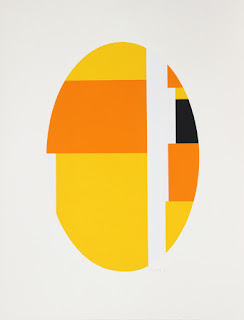 Posted by Tparker at 9:34 AM No comments: