Easter Greetings from That's Inked Up

My dear inked up friends,

I wish you all a peaceful and quiet holiday during this time of Easter. In honor of the holiday, discovered this wonderful old upper German print from the National Gallery of Art archives. Enjoy. 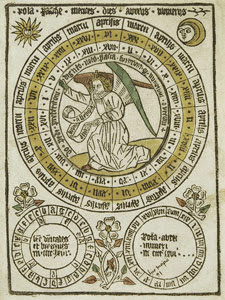 Posted by Tparker at 5:25 PM No comments:

Give it Up for the Impassioned Master, Karl Schmidt-Rotluff 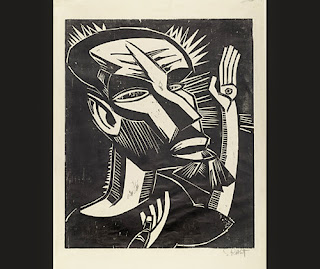 You just know it when you see these prints. You just know it in your bones. Damn, but that guy Karl Schmidt-Rotluff is +^&*'ing GOOD! How does he do it? How does he grab our inked up hearts with a mere glance at one of his prints? Jeez, he know his way around a piece of block. Every nuance in a blunt cut helps to describe his portraits which I chose mostly to put into this article(There are so many, it was hard to choose.) These images sing, they cry, they fall into astoundingly gorgeous, splintered and fragmented pieces before our eyes. No color need grace these faces. They are complete without the artifice, but should he have chosen to use color, it would have been a fantastically wild and unusual combination. Such is the work of this master of the printed image. His fellow Die Brucke artists understood this man was the real deal. Can we imagine how we artists and printmakers would have suffered if they all had finished their architectural studies instead of making art? I am glad they chose their true calling. The world is better for it.

Without adieu, the works of Mr. Karl Schmidt-Rotluff. Can I get a drum roll, please....... 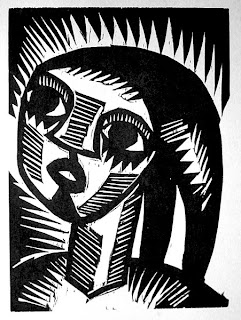 Karl Schmidt was born in 1884 in Rottluff, Saxony,( today a district of Chemnitz). He attended the Humanistisches Gynasium and in 1905, the year he met fellow artists Ernst Ludwig Kirchner, Erich Heckel and Fritz Bleyl, he gave up his architecture studies in Dresden and became one of the founding members of the artist group now known as Die Brücke ("The Bridge"). They formed Die Brücke with the aim of creating an uncompromisingly vital art that renounced all traditions; the group’s name, derived from a quotation in Friedrich Nietzsche’s Also sprach Zarathustra (1883). Schmidt-Rottluff’s sources and development were very similar to those of the group’s other members: their influences included Art Nouveau, Neo-Impressionism and the paintings of Vincent van Gogh and Henri Matisse. 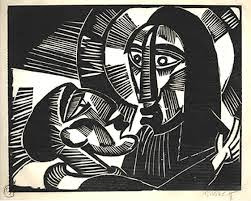 In 1906, Schmidt annexed the name of his native town "Rottluff" to his surname. In 1909 he was instrumental in reviving the expressive qualities of the woodcut. Of all the Brücke artists who made prints, he was the most extreme in simplifying form, and he used the grain of the wood as a graphic device. Schmidt-Rottluff also introduced the group to lithography. 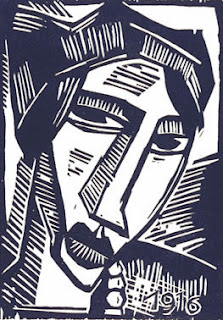 In December 1911, like the rest of members of Die Brücke he moved from Dresden to Berlin, but the group disbanded in 1913. He served in the army on the eastern front in 1915–18 and he did a series of religious woodcuts in which he tried to come to terms with the horrors of war. It is generally regarded as his graphic masterpiece. 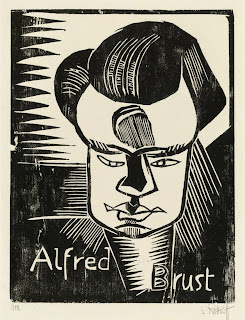 Honors previously bestowed on Schmidt-Rottluff after World War I were taken away from him with the rise of the Nazi party. He was expelled from the Prussian Academy of Arts in 1933 and in 1937, 608 of his paintings were seized from museums by the Nazis and several of them shown in exhibitions of "degenerate art". He was later expelled from the painters guild and had even been forbidden to make art! 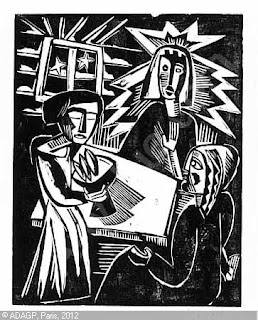 At the end of the war he became a member of the Arbeitsrat für kunst in Berlin, which saw itself as an anti-academic movement of German artists at a time of revolution. In 1947, Schmidt-Rottluff was appointed professor at the University of Arts in Berlin-Charlottenburg (Hochschule für bildende Künste). He created an endowment in 1964 for the Brücke Museum in West Berlin, which opened in 1967 as a repository for his Die Brücke comrades. 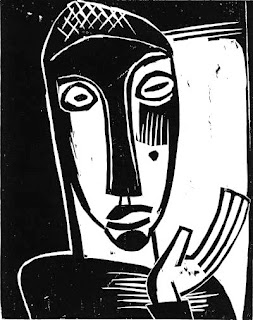 He was a prolific printmaker, with 300 woodcuts, 105 lithographs, 70 etchings, and 78 commercial prints described in Rosa Schapire's Catalogue raisonné. Historians unanimously agree that he was one of the most important of the German Expressionists. 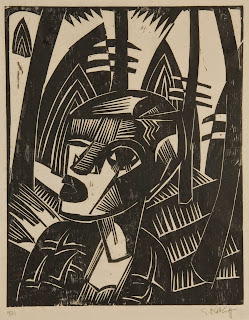 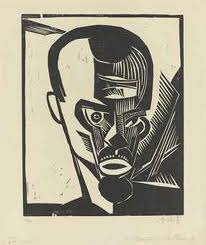 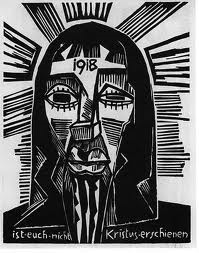 Posted by Tparker at 4:27 PM No comments: