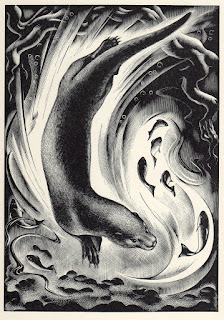 Agnes Miller Parker (1895–1980) was a printmaker and illustrator whose work is not as well-known amongst admirers of 20th century UK printmakers. While her colleagues, such as Gwen Raverat, Robert Gibbings, and Paul Nash, have all received critical admiration Miller Parker is just now receiving her due.

She was born at Irvine, Ayrshire, Scotland. She studied at the Glasgow School of Art from 1911 to 1917, and briefly taught at the school. 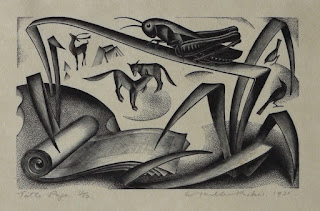 In 1918 she married the painter, William McCance; and spent most of her career in London and southern Britain. She was one of four engravers who worked at the Gregynog Press in the early 1930s. Miller Parker's technique created a light not seen before in printmaking and she successfully introduced a new element into the medium, and few printmakers have been able to emulate it.

In 1955 she moved to Glasgow. She then lived at Lamlash on the Isle of Arran. She died in 1980 at Greenock. 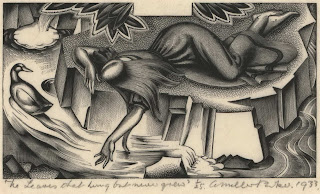 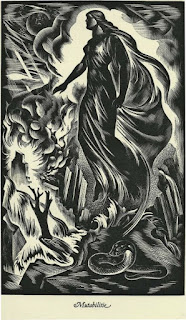 Her first prints, made in 1926, reflect her interests in cubism and the short-lived movement called Vorticism, active in London in the 1920s. She learned the print medium from her colleagues, Gertrude Hermes and Blair Hughes-Stanton.
Miller Parker turned away from the private press movement towards the commercial publishers, and it was here that she was to produce some of her most distinguished books. 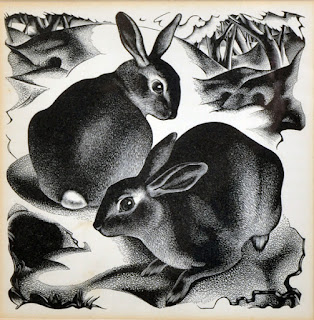 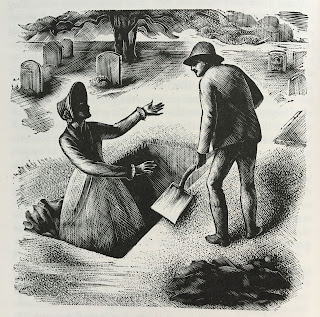 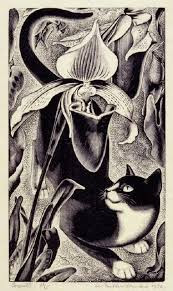 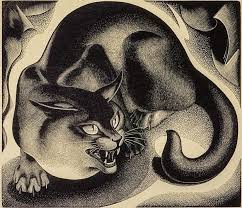 The main body of her work consists of prints for book illustrations, demonstrating fine drawing skills and her love of black and white design. She illustrated the following books:
The Fables of Aesop (1931)
Through the Woods by H. E. Bates(1936)
The Open Air by Richard Jefferies (edited by Samuel J. Looker, 1949)
Various titles for the Limited Editions Club of New York
and editions of the works of Shakespeare and Thomas Hardy. 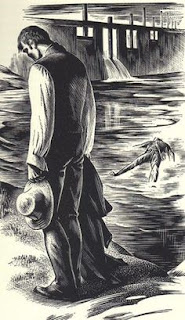 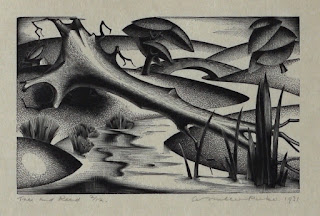 Miller Parker's body of work show her love of nature through her curving sinuous lines and elegant combination of textures and flow of composition. It is a pleasure to find this printmaker's work is seeing a resurgence of attention. Check her out and see if you can collect some prints before they become too hard to find. 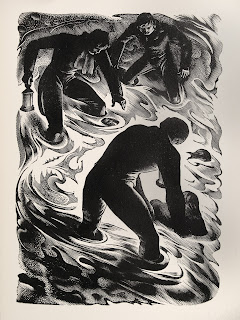 Posted by Tparker at 3:44 PM No comments:

Yes, the time has come for all good little printmakers to gather together and commune about the medium we love. The Southern Graphic Council International organization has selected Las Vegas as the city of choice, and the hotel where one can find all manner of inked up artists is the Bally's Las Vegas, from April 4 - 7.
Seriously, folks, this will be a conference to behold. Plenty of original prints to see, and excellent artists to meet. Throw in a few slot machines and a couple of shows on the strip and you have a combustible situation that only a printmaker could handle. 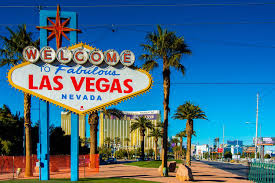 This year, That's Inked Up will be attending the conference, and it will be my pleasure to meet and greet as many printmakers as possible. I will be looking at art and hope to talk to as many of you as I can squeeze into my trip. If you are going to be at the Bally's and you want to meet with me, please leave a message with the front desk (under the name Teresa Parker). Looking forward to inking it up with everyone! 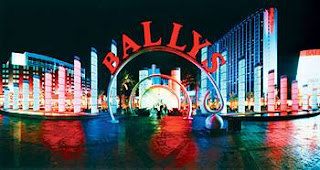