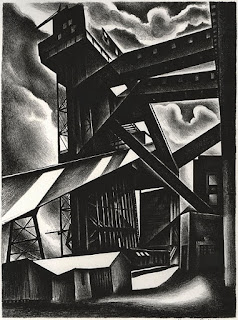 Howard Norton Cook (American,1901–1980) was a well-known printmaker and WPA period muralist. He was born and raised in Springfield, Massachusetts. 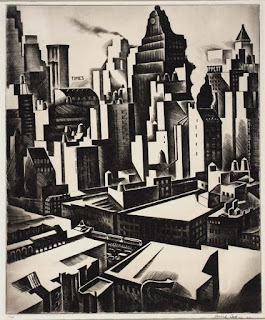 He ventured to New York City in 1919 to attend the Art Students League where he also painted outdoor billboards and worked in printmaking shops between his art classes. In 1922 he began to work as an illustrator creating prints and drawings for several popular magazines like Harper's, Scribner's, Atlantic Monthly, Forum and Survey. 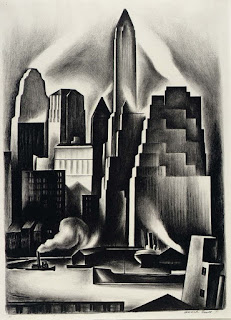 It was while he was working as an illustrator for Forum and Century magazines that he spent two months in Santa Fe before moving to Taos. The experience was transformative and had a lasting impression upon his artwork. While in Taos he met and married fellow artist Barbara Latham. 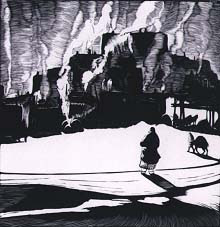 Cook’s Taos-period artwork reflected his fascination with Native American ceremonial dances from the pueblos, adobe structures, and landscapes which differed so greatly from his earlier urban work. Also he produced a series of prints based upon the Grand Canyon. 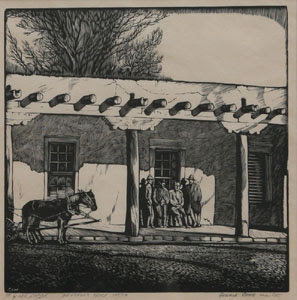 Cook and his wife traveled to Paris in 1929, and when they returned to New York, his subject matter shifted toward the city’s numerous construction projects. 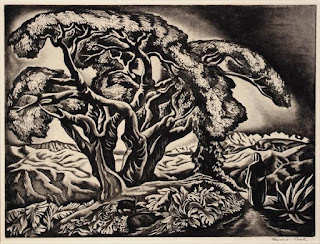 He worked under the WPA program, producing murals for courthouses in Pittsburgh and Springfield, MA, plus a large fresco for a San Antonio post office in 1937.
In 1938, the couple re-settled near Taos, on the Talpa ridge. 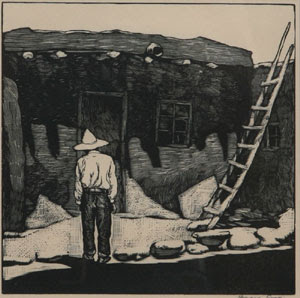 During World War II he served in the South Pacific as an artist-war correspondent for the US Navy. In 1943 he was appointed Leader of a War Art Unit and served in the Solomon Islands. 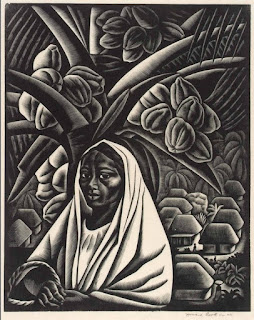 In the 1940s, Cook's work focused mostly on American Southwest scenes. By the end of the decade, his style had become much more abstract. He moved toward making collages by the 1950s. 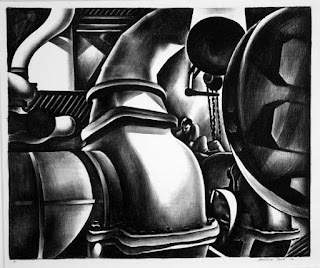 During his career Cook taught as a guest professor at several art schools and universities. His work continued to gain attention long after he was diagnosed with multiple sclerosis, which confined him to a wheelchair and stopped his art career. 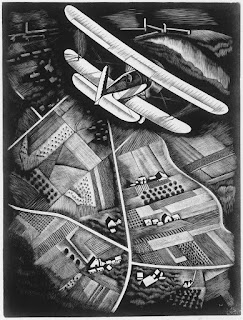 The look of Cook’s work reminds us of the work of notable WPA era artists, Margaret Bourke-White and her industrial machinery, simplicity of fellow Taos artist Gustave Baumann’s compositions, the watercolors of Charles Sheeler, and the watercolors of the legendary John Marin.

Cook’s blacks are the most luscious, velvety of blacks ever seen, and his lines define contours and form in a way that wraps itself around his subjects – whether human or industrial I-beams. Both are carefully and equally handled to reveal his interest in the subject, making us envious of his skill and his experiences to see these wonderful places. He makes us jealous of his compositions; full of angularly unique lines and shapes. 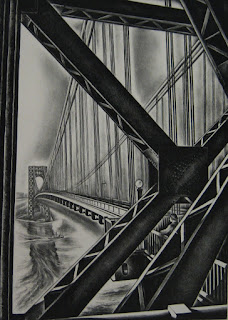 The man’s work is a treasure, and it needs to be seen more often. Give these images a good look, and take a step back into time when NYC was a bustling joint and the American Southwest was his peaceful counterpart to the urban scene. It’s no wonder many east coast artists flocked out to New Mexico, and still do. It is an uplifting, artistic mecca where one can find time to reflect and renew our creative spirit.Cook takes us on his velvet print road of adventure and we are all better informed artistically for it. 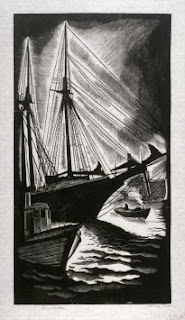 Posted by Tparker at 4:13 PM No comments:

All the World is Irish!

All the World is an adopted brethren of the Irish today as we celebrate St. Patrick's Day. Much love to all, including my inked up friends far and wide. Celebrate today, for tomorrow we print! 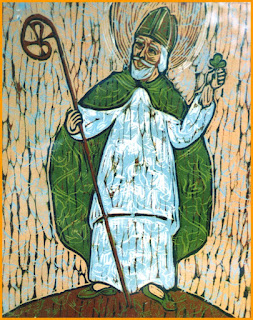 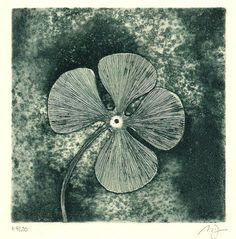 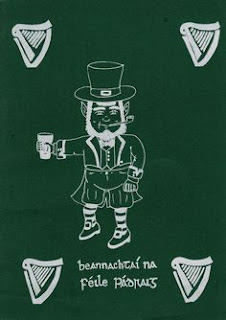 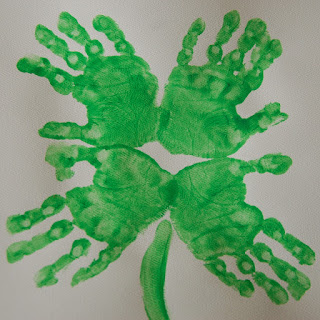 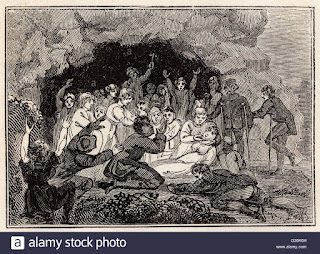 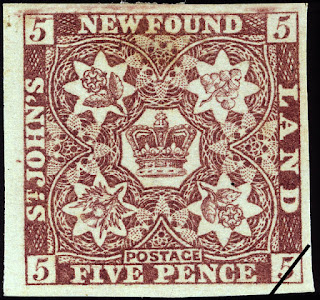 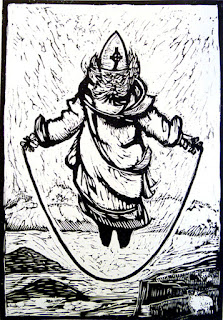 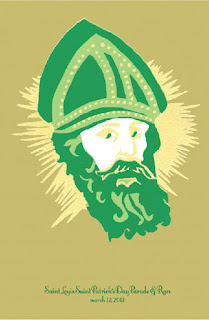 Posted by Tparker at 1:01 PM No comments: