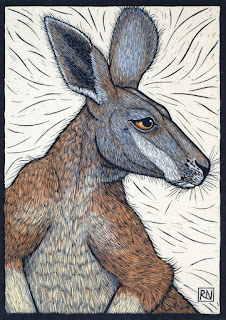 Rachel Newling is creating a name for herself outside of Australia’s Queensland, and is quickly establishing herself as a printmaker who loves Nature, and who enjoys showing us some pretty curious creatures. Her work is detailed, colorful and original in subject. How many other printmakers can you name that do portraits of kangaroos and emus as wonderfully personified as any human portrait artist? There are not many, my friends. 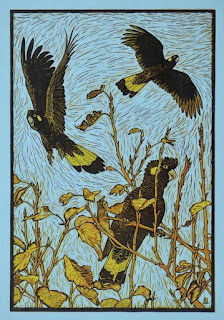 What we see are Newling’s fascination with her environment, and richly textured plants and animals she sees every day. For any of us unfamiliar with seeing these subjects, they are a delight and Newling’s obsessive linear work is quite mesmerizing. Her hand-colored prints exude exoticism and we are left wanting to see more. She has a great respect for the way things look and we get an eye full in every composition. 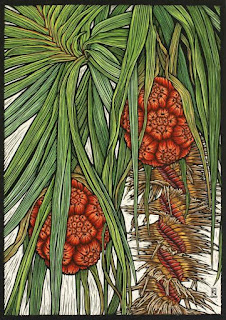 Rachel Newling was born in Gloucestershire, U.K. She attended art school in London and lived there for several years before moving to Australia. She currently lives in Noosa, on the Queensland Sunshine Coast. 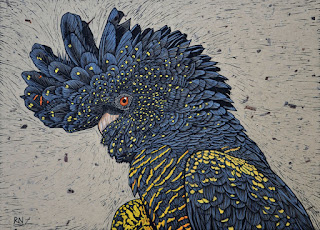 Australia is known for its printmaking heritage, and there have been several prominently known Aussie women printmakers since the beginning of the 20th century. Newling has joined Australia’s current wave of notable inksters we can expect to see great things from this artist. Enjoy the work, comrades. 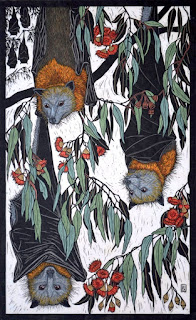 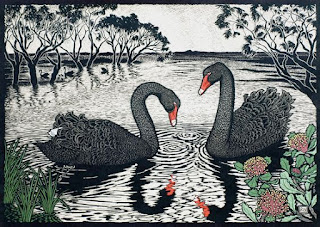 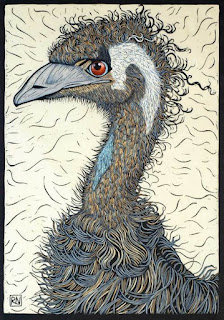 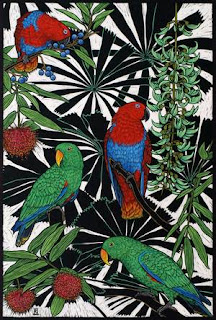 Marino Marini: A Man and His Horse 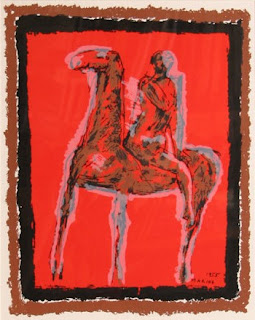 The passion one finds in Marino Marini’s work strikes the viewer like a lightning rod. There is angst, desperation, pathos, pain and a theme we have seen before – of a man on horseback, riding alone, on a personal quest for his place in the universe. Marini gets it right with his surface, often vibrant colors, and capturing of the essential forms to describe his subject. 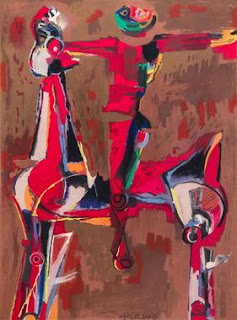 Nothing is unnecessarily added in his prints. His choice of print method is curious given his natural tendencies toward sculpture and texture, but he pulls it off well, and we willingly embrace his colors and forms. 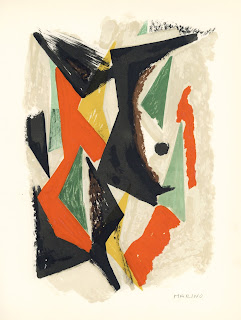 His compositions describe one two or three horses, or an acrobat traveling between two running horses. His stamina to rein in the beasts’ strength is tenuous, but he manages to hold them in his grasp. The lone riders remind us ever so briefly of the work of Picasso and ancient equestrian statues of the Roman Empire, though the horses and riders are stretched out and strained to exaggerate emotion. 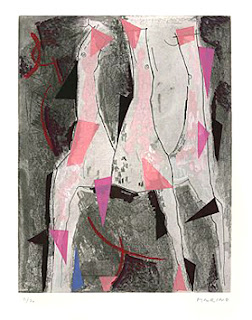 It is good to see an artist expand their creative horizons and explore new mediums. Marini was an accomplished painter as well as a printmaker. We can enjoy his rich colors and surfaces which have their own power separate from his 3D works. 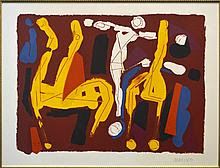 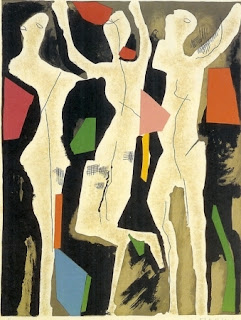 Marini drew upon ancient Etruscan and Northern European sculpture to develop his own mythical subjects and re-interpreting classical themes via a modern context. His riders eek something eternally out of their grasp – the land in the distance, the place one will only see beyond the next hill, around the next corner. They have a Don Quixote feel about them, but they do not feel like dreamers looking for utopia. They feel like us, looking curiously beyond our everyday parameters for something new to re-invigorate our spirit. 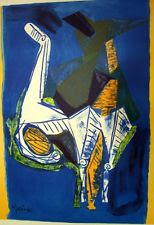 Marini is famous for his series of equestrian statues, which feature a man with outstretched arms on a horse. The evolution of the horse and rider as a subject in Marini's works reflects his response to the modern world. 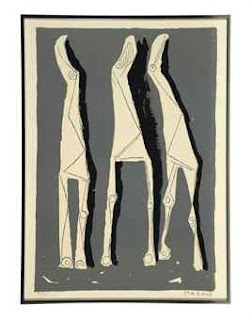 There is a museum dedicated to Marini’s work in Florence, in the former church of San Pancrazio. Upon a recent visit to the Vatican Museums in Rome I was surprised and pleased to discover they have dedicated have an entire room to his work, which include sculptures, paintings and drawings. It is definitely worth seeing. 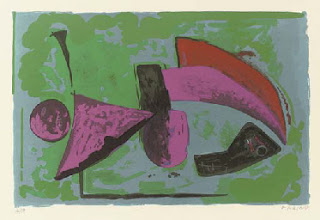 Awards:
Grand Prize for Sculpture at the Venice Biennale
Feltrinelli Prize at the Accademia dei Lincei in Rome
Prize of the Quadriennale of Rome