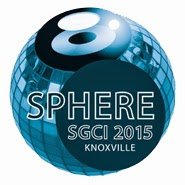 Oh, my fellow inked up friends, the time has come, and we all can sniff the change in the air. Winter is waning and Spring is coming. That means the 2015 SGC International Conference is afoot. March 18-21. The chosen city for this year's extravaganza of ink, paper, prints and a 'bit' of after conference beverage consumption is Knoxville, TN. Knoxville is a fine town, indeed and host to several previous SGCI conferences. Its rich history in the US Civil War is well-noted, and it is the home of the University of Tennessee "Volunteers". It is also the seat of Appalachian culture, and is one of the gateways to the Great Smoky Mountains National Park. 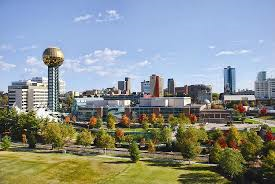 Some special awards and exhibitions this year will include:

For more information and registration for the conference, see the link here,http://web.utk.edu/~sphere/Pages/Home.html

Hope to see you all there!
Posted by Tparker at 8:29 AM No comments:

To celebrate the work of this fine artist, Benedictine University's Fr. Michael E. Komechak, O.S.B. Art Gallery is hosting an exhibition of prints and other works by Dr. Margaret Burroughs, March 9-April 25, 2015. www.ben.edu/artgallery 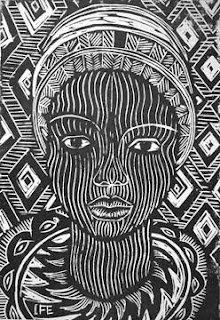 Margaret Taylor-Burroughs (1915–2010), was an African-American artist and writer and a co-founder of the DuSable Museum of African American History. Burroughs was born Victoria Margaret Taylor in St. Rose, Louisiana, and her family migrated to Chicago in 1922. She attended Englewood High School along with Gwendolyn Brooks, who in 1985-1986 served as Consultant in Poetry to the Library of Congress (and later became United States Poet Laureate). Burroughs earned teacher's certificates from Chicago Teachers College in 1937, then went on to earn a B.S. in Education 1946, and her M.A. in Art Education in 1948, from the School of the Art Institute of Chicago. 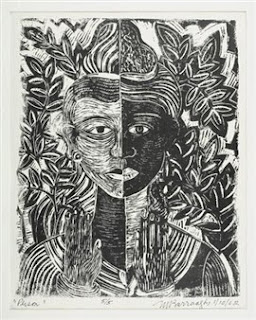 Taylor-Burroughs first married the artist Bernard Goss in 1939, but they divorced in 1947. In 1949 she married Charles Gordon Burroughs, and they had been married for forty-five years when he died in 1994. 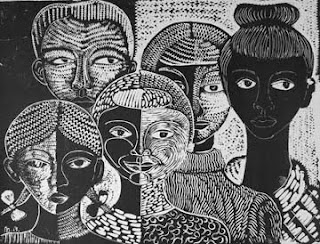 Burroughs and her artist colleagues helped to establish the South Side Community Art Center, whose opening in 1941 was dedicated by the First Lady of the United States, Eleanor Roosevelt. She is also credited with the founding of Chicago's Lake Meadows Art Fair in the early 1950s. At its inception there were very limited venues and galleries for African American Artists to exhibit and sell their artwork. Mrs. Burroughs also helped start the National Conference of African-American Artists, and she taught art and poetry to prison inmates, according to the Chicago Park District. 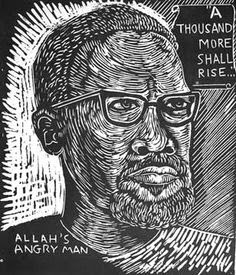 Margaret and her husband Charles co-founded what is now called the DuSable Museum of African American History in Chicago in 1961. Originally known as the Ebony Museum of Negro History and Art, it made its debut in the living room of their house at 3806 S. Michigan Avenue in the Bronzeville neighborhood. Taylor-Burroughs served as its as Executive Director until 1984 and was then named Director Emeritus, remaining active in the museum's operations and fundraising efforts.

The museum moved to its current location in Washington Park in 1973, and today is the oldest museum of African-American culture in the United States. Both the current museum building and the Burroughs' former S. Michigan Avenue home are listed on the National Register of Historic Places. 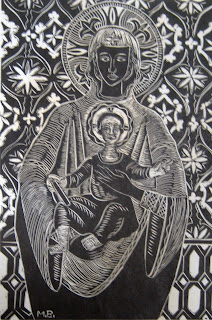 Margaret Burroughs has created many of her own works of art as well. 'Art is communication,' she has said. 'I wish my art to speak not only for my people - but for all humanity.' Burroughs was impacted by the achievements of Harriet Tubman, Sojourner Truth, Frederick Douglass, and W.E.B. Du Bois. In many of Burroughs' pieces, she depicts people with half black and half white faces. In "The Faces of My People" Burroughs carved five people staring at the viewer. While Burroughs is attempting to blend together the black and white communities, she also shows the barriers that stop the communities from uniting. "Burroughs sees her art as a catalyst for bringing people together….” 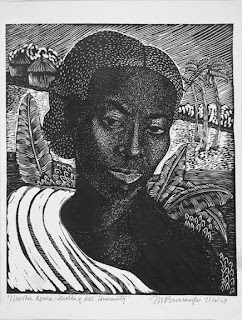 The contribution of Burroughs to the artists on south side of Chicago and beyond was felt when eulogies at her passing were published….
Cheryl Blackwell Bryson, chairwoman of the DuSable Museum's board of trustees, said: "Not everybody can build an institution that becomes a road map for other ethnic groups around the world to emulate, an institution that is designed to impact lives."
Mayor Richard Daley said: "Through her artistic talent and wide breadth of knowledge, she gave us a cultural gem, the DuSable Museum of African American History. But she herself was a cultural institution."

President Barack Obama praised Mrs. Burroughs' generosity and commitment, saying "Michelle and I are saddened by the passing of Dr. Margaret Burroughs, who was widely admired for her contributions to American culture as an esteemed artist, historian, educator and mentor," Obama said in a statement. "Our thoughts and prayers go out to Dr. Burroughs' family and loved ones. Her legacy will live on in Chicago and around the world." 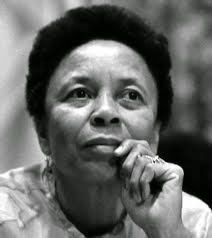 In a World of His Own: The Prints of Peter Milton

There are not many printmakers in the United States who make it on their own - that is, who earn their livelihood solely by making prints... At age thirty-nine Peter Milton made the decision to devote his entire energies to printmaking. Today he is considered the most successful of contemporary artists.

Peter Winslow Milton. American, b. 1930-
Milton's mesmerizing world of invented reality and mind-bending perspectives present a richly detailed view of society that is at once contemporary as much as it is a world of the past. Leisurely times spent playing pool in the parlour, and sitting in the sun room of some palatial salon sipping tea while watching fish swim above one's heads as though we are in an aquarium are only some of Milton's twisted images of reality. 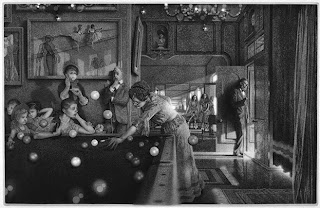 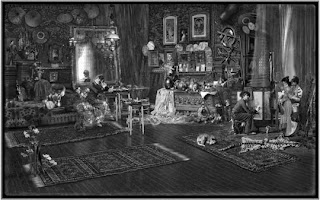 The period Milton references harkens back to the Victorian and Industrial Age. We see old automobiles, and large, airy interiors of grand homes, with children playing in enormous expanses alongside of a painter at his easel; with his faithful dog curled up at his feet. The complexity of Milton's fantastical images, combines several types of spaces, interiors and overlapping spaces into one gigantic place of one's dreams. The artistic references present in Milton's work also intrigue us and make us feel as though we are a part of Milton's dreamscapes. 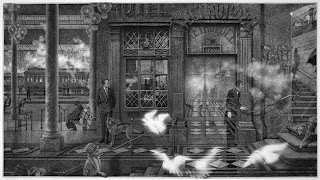 Stages for the ballet behind private viewing boxes for the opera, intermittent with genteel folk and the commoner are make us feel as though we seeing a performance onstage and off. The gathering of people for the ballet have a similar feel as the lively patrons of a Toulouse Lautrec cabaret. 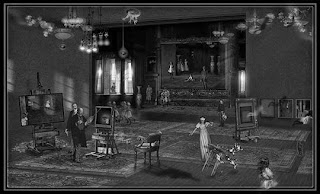 Milton’s imagery frequently draws on elements from the late 19th and early 20th century English and French literary world. He manages not only capture the mood of another era but also mid-century cinema. Bergman and Fellini are among his major artistic influences. 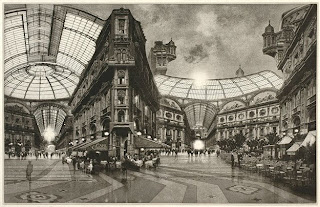 The artist's compositional similarities to a Caillebotte painting, or one of Milton's interior/exteriors remind one of the perception-twisted environs of an M.C. Escher print, or the flip of being within and outside a structure like we see in his lonely staircases with gaslight parks and the glassed-in dome of a train station or a conservatory. These are complex pictures and we revel in the artist's pain-staking details. 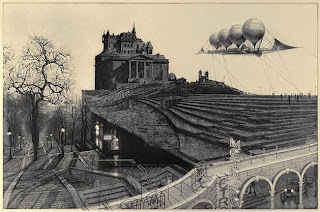 Milton has received numerous awards for his work, and has a published book titled Peter Milton: Complete Prints 1960-1996. This is a person worthy of the print medium and pushes it with every technical and cultural/artistic influence he can muster. Let us salute one of our modern masters and pray let us look forward to more from his unique world..... 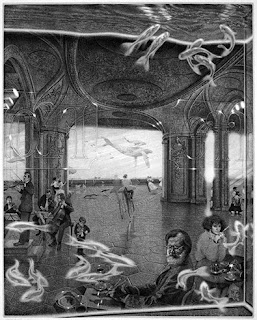 Posted by Tparker at 8:58 AM No comments: