Robert Riggs (1896-1970) was an artist well known for his realistic images of the circus, boxing matches, images of the great outdoors and hospital and psychiatric wards. He was born in Decatur, Illinois, and he began his art studies at Millikin University. At the age of nineteen, he won a scholarship to study in New York City at the famed Art Students League. After two years, he moved to Philadelphia to work for the advertising firm A. W. Ayer & Company. 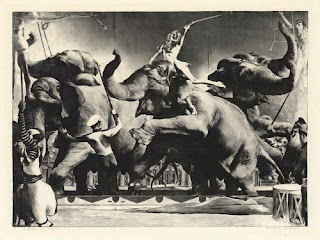 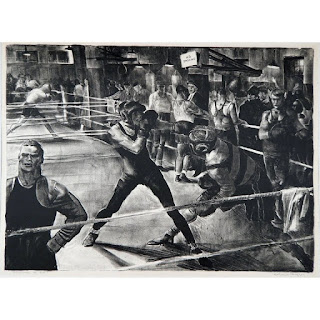 During WWI, Riggs served in Europe with a Red Cross hospital unit where he made sketches of wounded soldiers and horrific battle scenes. He also studied at the French private art academy, Académie Julian. 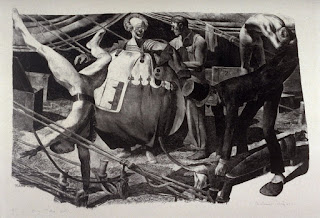 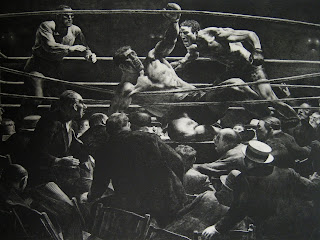 After the war, Riggs returned to Philadelphia and did freelance magazine illustrations and advertisements. In 1924, he took an extended journey to North Africa, China, Thailand, and the Caribbean islands. He became an avid collector of European, Asian and African artifacts, and his home was like a museum. 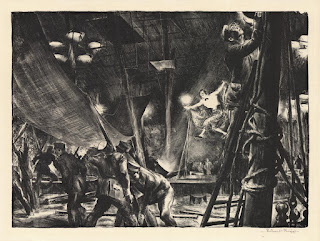 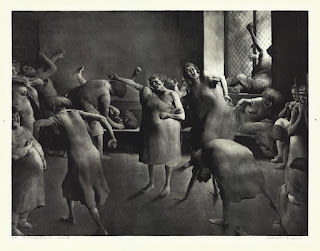 Riggs produced most of his graphic art prints between 1934 and 1936, when the economic conditions of the Great Depression made prints popular. He gave up printmaking around 1950 but continued to produce black-and-white drawings for reproduction. His most distinctive prints, however, are unflinching images of mental illness and domestic violence. 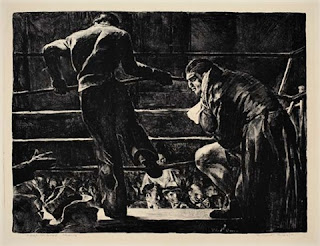 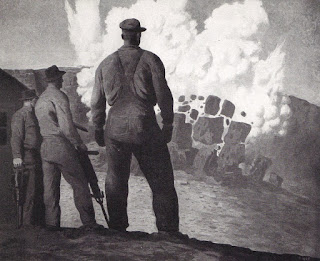 Known for his prize-fighting and circus-genre scenes Riggs became a highly successful artist, in the 1930s and 40s. His interest in circus scenes and the grotesque certainly makes sense, given the things he saw when he ran away to join the circus as a young boy. 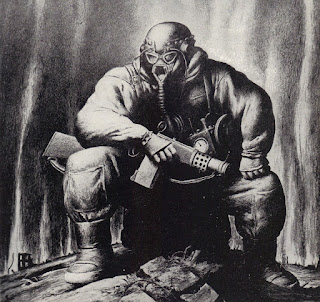 His subject matter was simplified of all unnecessary detail, favoring basic, yet actively charged symmetrical compositions. He viewed the world in a powerful, almost refined and brutally muscular way. He imbued every subject with great solidity and substance.

He was fascinated with the all-male worlds of the boxing ring and the military, passionate about the muscular male form and of homosocial environments. He seems to have been influenced by some of the other more openly gay illustrator-artists of the day: Jared French, George Tooker, and Paul Cadmus 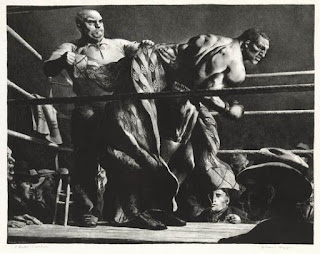 There is an element of WPA influence in his subjects of men hard at work. His figures are a kind of everyman who does the task he is given, and who takes pride in a job well done. His artwork was stripped down to essential elements. His massive, brutal male figures showed an appreciation for the beauty and raw power of the male form. 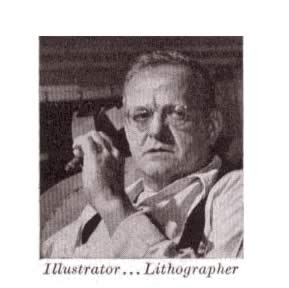 Posted by Tparker at 4:16 PM No comments: