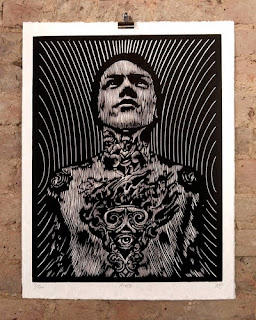 Hmmm. Just take a look at these portraits! Something pretty cool is happening here, my inked up friends. Electric, energized, and f'ing hip. They sparkle with life and coolness. Alex Binnie's large scale prints show us some of his savvy tattoo clientele in all their glory, and their personalities are as fantastic as their body decoration. 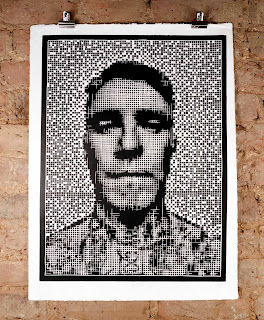 Alex Binnie may have come to printmaking via an indirect route, but make no mistake, his portraiture work is current and vibrant; making his subjects modern day cultural icons. 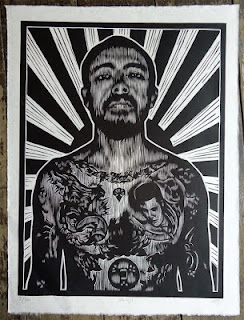 The cultural tattoo revolution has been around for some time; its roots deeply found within ancient tribal superstitions as a means to ward off evil spirits(as found in the South Pacific). The patterns and designs have migrated and intermingled over time, and the present day evolution is rooted in making the body beautiful, even if the accuracy of its symbolism has been lost a little along the way. Yet, it remains a form of identification and affiliation with ideals of one's personal choosing. 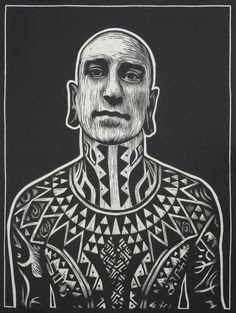 Binnie's work is among those artists who helped popularize tribal imagery, and his evolution to making these prints is also a form of documenting cultural identity. I find his portraits appealing and dazzling. They don't need color. The ink of the tattoo artist is replaced by the ink of the printmaker. Nice and black. 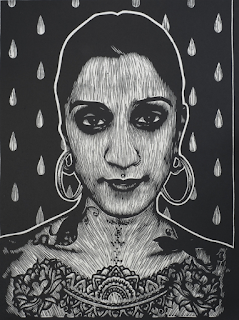 Binnie's work reminds me of some of the large scale portrait prints of Irving Herrera from Mexico, but Herrera's work is based primarily upon the lovely, seductively dead women of Mexico. Likewise, Binnie's work reminds me of the freshness of Neil Shigley's large scale prints of California's homeless. Binnie's seduction is the mesmerizing detail of the tattoo designs that cover his subjects' bodily terrain. These works don't disappoint. 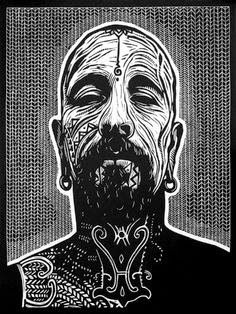 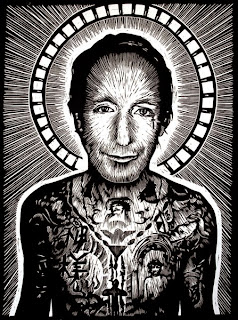 One could say we need a portrait or a selfie like a hole in the head, but really, the very first printed portrait images in Europe in the 1390s revealed our ever-obsessed interest in ourselves as much as we still like to look at ourselves. That a portrait or self-portrait has the power to still engage and hold our attention may never die. We all like to look at people and ourselves, do we not? Alright, then. 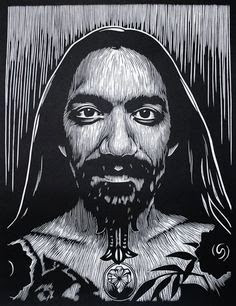 Is Binnie merely staying in that vein of voyeuristic pleasure? Not really. I do think he presents these portraits of 'his tribe' as modern day icons. The rays of light behind some of their heads alludes to that, or at least he presents his feelings about his chosen subjects in that light. Where Binnie's portraits differ from the traditional icons is that these faces project a warmth and sincerity. What they are not is cold and austere. They are not stiff and removed from our personal connection. They are approachable and engaging. 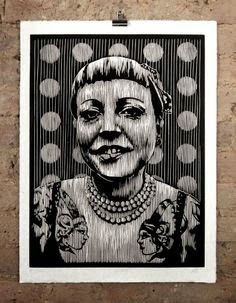 I hope this artist will continue his investigations into printmaking. In this day and age, we could all use a few new instances of an iconic portrait. Kudos, Alex. 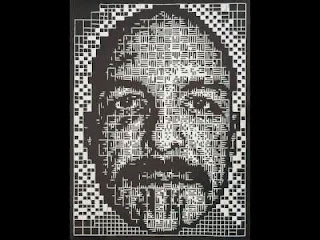 Alexander Michael Steven Binnie was born in 1959, in Oxford, England. Binnie is known as a tattooist, musician and performance artist and is also fast making a name for himself as a printmaker.
In 1982, Binnie graduated with a Bachelor of Arts degree in Fine Art from South Glamorgan Faculty of Art and Design. As a musician, in the early 1980s, Binnie was a founding member of the power electronics trio Pure. Later on he joined the group Zos Kia. He worked as a medical illustrator at United Medical and Dental Schools of Guy's and St Thomas' Hospitals. He began to tattoo in 1989, which lead to printmaking in 2000. 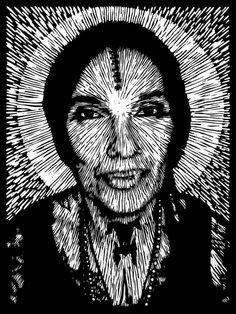 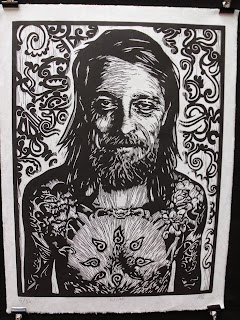 As a tattoo artist Binnie is known for helping to popularize the use of tribal design (non-western, often Polynesian) in the West. His work received much attention when he was included in Henk Schiffmacher’s publication called 1000 Tattoos. His first tattoo studio in London was called Mother Art. He moved to Los Angeles, from 1991–1993, tattooing at West Hollywood’s Gauntlet studio, and at the Body Electric. Binnie returned to London in 1993 and established Into You Tattoo. In 2005, he expanded to Into You Brighton. 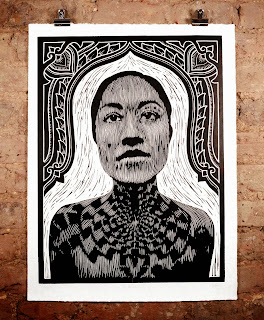 Binnie has also created murals in New York, and his recent book “The Woodcut Portraits” was published in 2012 by Kintaro Publishing. 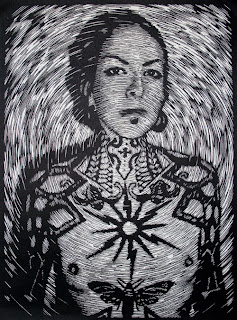 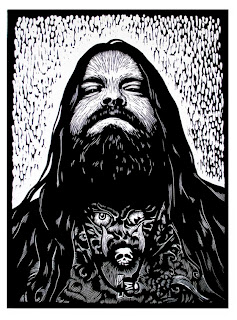 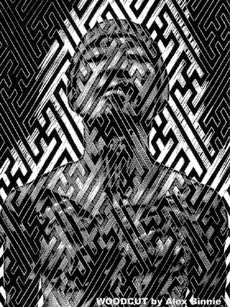 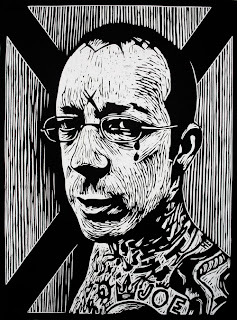 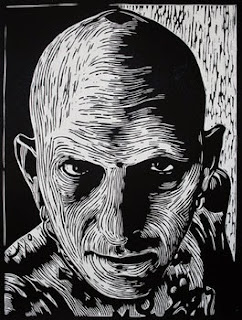 Alex Binnie self-portrait....
Posted by Tparker at 1:07 PM No comments: