Ambitious, bold and mesmerizing. Those are some aptly coined phrases one would hear when seeing the work of Angela Cavalieri and her mammoth-sized prints and book works.You know, one could work smaller, as is often the case when making prints, but Cavaleieri is a risk-taker and aggressively hits the floor running with her work. 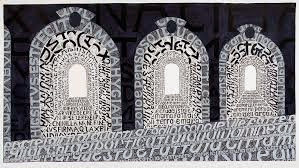 The blend of scale, lettering and architecturally referenced shapes build a code she works with to create narrative structure through the printed letters and words. The images tossle between varying scales and the text is large and clunky, pleasingly so. The works are a process of evolution and feel as though Cavalieri is drawing them out as she goes. 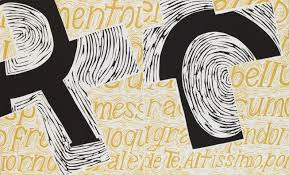 From Cavalieri's website her biography shares this with us..."Sources include poetry, religious epitaphs and inscriptions on public buildings.Fragments of experience and narrative find their form in the enlarged, broken and repaired text.Seeing the text as an image, she re-writes that part of history by re-working and integrating the text into forms that reinforce its physical and material presence. The narrative is constantly changing and rediscovering itself and new narratives appear." 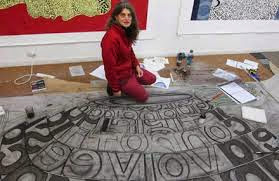 Yes, we can get that from seeing her work. Anyone can build their own narrative based upon their own experience. The language doesn't impact me as much as the scale of the work and that she often forms architectural units from the shapes she manipulates. This is fine, all good. The actual type and place of the architecture is her own experience, but they are generic enough that we understand what they are. 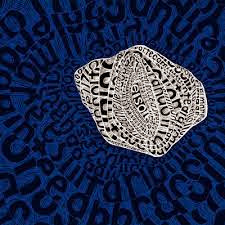 The other forms that are created seem collaged almost organic. They are imbued with sound or discernment of translation as one hears a language and has to run it through some sort f internal machine to decipher their meaning or translate them to our native tongue. Cavalieri talks about Italian being her fist tongue, and so we sense that eternal need to translate whatever we hear to our base language.

Cavalieri uses the history of printmaking, its communication base to make her images. The lettering and the making of colossal 3D books is a lot of work, and again, the pages often are made into shapes/colonnades of hallways filled with words, cavernous spaces filled with language and sounds we can't totally clearly make out. They are about travels to foreign places and passing through large spaces. The words pass around us and through our senses. We hear them come from all directions and have to choose our pathway through them carefully. 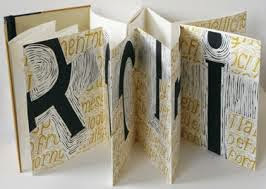 Cavalieri approaches the printmaking process as a tool to make images more often seen from painters. She shares her journeys and travels and responses to poetry with a grand, expressive conviction. We can be impressed with the scale, but it is the content that matters here, and Cavalieri carries her heart and passions on her sleeve and unabashedly puts them out there for all to see. Kudos to her for hanging her emotions and personal feelings out on the line for us to see and hear. Whether you care about her personal journey is not the point. In a world filled with so much information, sometimes we have to make a big statement or say it loud enough for others to take notice. Cavalieri is doing that, and we will continue to take notice and she continues to make her work. 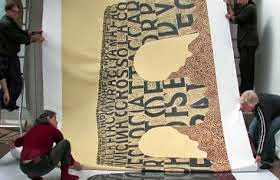 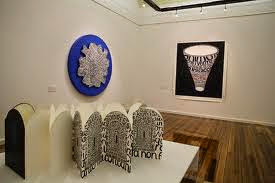 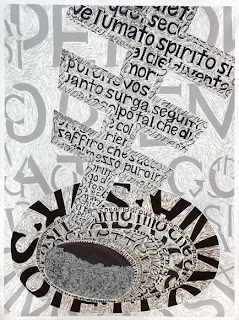 Posted by Tparker at 4:51 PM No comments:

Greetings to all my inked up comrades, and welcome to 2015! This year promises to bring you a lot of new articles on artists, exhibitions and books on our favorite subject - prints! I enjoy hearing your comments on these articles and welcome hearing from you about any new printshops, upcoming workshops, and retreats.

To start the year off, we will look at the work of Dox Thrash (1893-1965), an African-American printmaker originally from Griffin, Georgia, who migrated north as part of the Great Migration. He settled in Chicago and then Philadelphia, producing work on the subject of African-American life. His work is largely recognized as portraying a positive view of African-Americans,promoting the idea of strong characters and bold portraits. 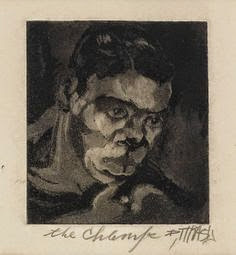 Thrash left home at the age of fifteen in search of work up north as part of the Great Migration (African American). He initially got work with a circus, then he moved to Chicago, and got a job as an elevator operator. He studied art, first through correspondence courses and then at the Art Institute of Chicago, where he completed his studies in 1923. During WWI, Thrash joined the army and fought in the Buffalo Soldiers brigade, where he suffered shell shock, but did not suffer any permanent after affects. In 1925, he settled in Philadelphia and took a job working as a janitor. Once in Philadelphia, he decided to study printmaking at the Graphic Sketch Club, now the Fleisher Art Memorial. In his free time, he continued his art and gained recognition for a poster he designed for the 2nd Annual National Negro Music Festival. He also joined the Tra Club of Philadelphia. He was an important member of Philadelphia’s Fine Print Workshop, a division of the Work Projects Administration’s Federal Arts Project, from 1937-1942, and his career flourished with this support. 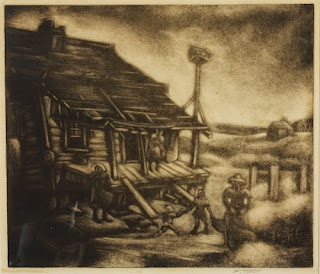 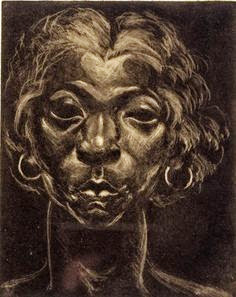 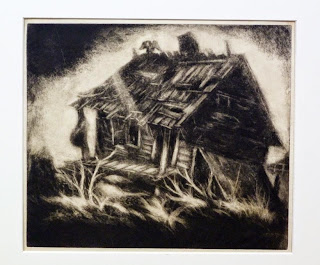 Thrash' view of the south included old cabins with a nostalgic view of his youth. Families living, working and playing around the homestead. laundry onthe line, the family bound together out of survival and out of necessity to survive as a unit. Some of his work depicted the horrific lynching common in the south prior to the Civil Rights movement of the 1960s, but some also present a solemn, even romantic view of man communing with his environment. These prints have the feel of 19th century French paintings and the works of Corot. 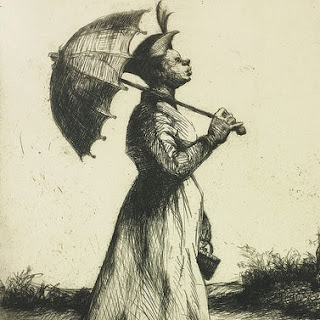 Thrash focused on subjects from the city, memories of his early life in rural Georgia, and nudes and portraits. Narrative, sentiment and African-American experience are the key elements of Thrash’s work; his innovative techniques are important only in so far as they dramatically express his subjects.There are several prints showing scenes of rustic cabins in idyllic landscapes. One print, titled "Sunday Morning", shows a woman dressed up and striding along in profile. (The subject of this print has been theorized as being Thrash’s mother walking to church.) 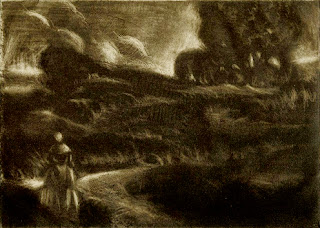 It was the strength of his African Americans portraits that Thrash emphasized over and over, reflecting his African American audience back at themselves, hinting at the psychological expense of attempting to conform to pre-existing white norms while presenting a new vision of the group as strong, positive role models overcoming their past and adversities. 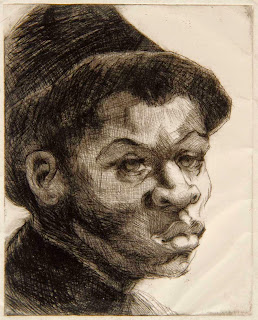 Thrash's style is soft, dark and evokes passion. His line is classically structural and his tones softly Romantic, but the depth of his passion for his fellow man is evident in every rough, coarsely drawn line. His body of prints, which number over 100, are worth a look and can be seen in Ittmann's book which is listed below.

Thrash working in his studio.