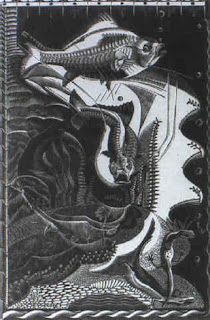 Gertrude Anna Bertha Hermes OBE RA (1901 – 1983) was an English printmaker and sculptor, born in Kent, England. Her parents were originally from Germany.
She attended the Beckenham School of Art in 1921, and the next year she enrolled at the Brook Green School of Painting and Sculpture, where fellow students included Henry Moore and Blair Hughes-Stanton, (whom she married in 1926, but later divorced in 1933). 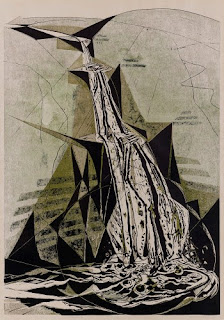 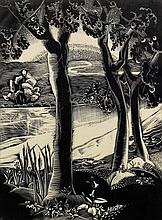 Hermes produced a commission for the British Pavilion at the Paris World Fair in 1937. She exhibited regularly at the Royal Academy, and her work was included at the Venice International Exhibition in 1939. She worked in Canada from 1940 to 1945. 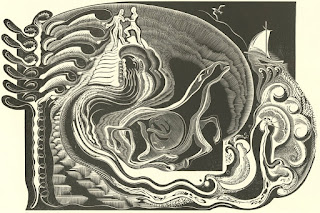 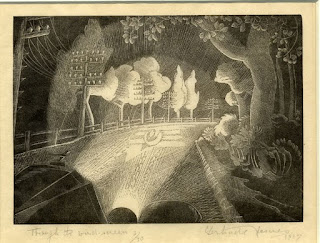 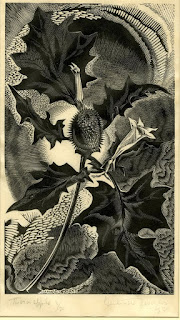 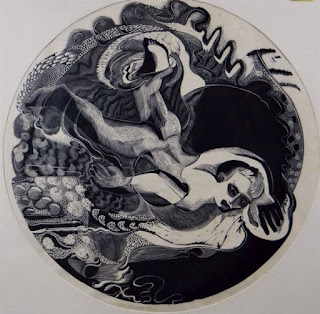 Her work is in many public collections including the Tate, and the National Portrait Gallery. Her commissions include a fountain for the Shakespeare Memorial Theatre in Stratford-upon-Avon, and she is included in numerous private collections such as the musician David Bowie. 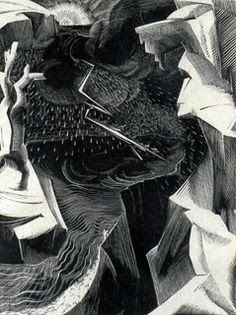 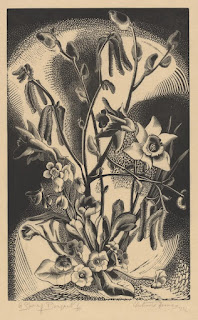 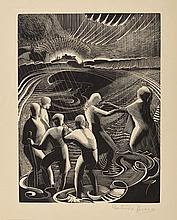 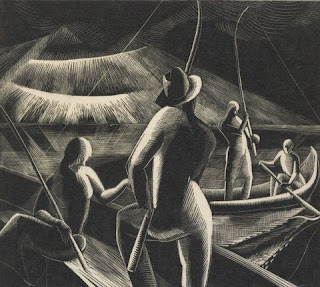 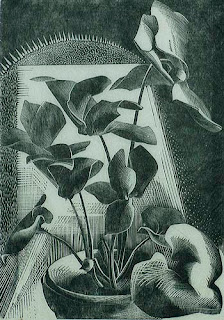 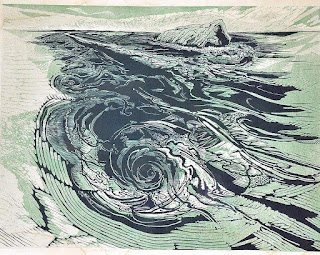 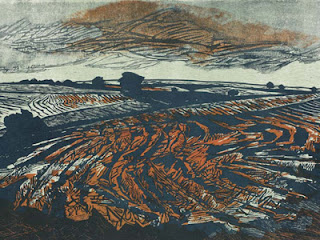 Robert Indiana (born Robert Clark, 1928 – 2018) was an American artist associated with the Pop Art movement. He was also a theatrical set and costume designer.
Indiana was born in New Castle, Indiana. He moved to Indianapolis to attend Arsenal Technical High School (1942–1946), from which he graduated as valedictorian of his class. After serving in the United States Army Air Forces, Indiana studied at the Art Institute of Chicago (1949–1953) and Edinburgh University and Edinburgh College of Art (1953–1954). He settled in New York City after returning to the United States in 1954.

Indiana lived and worked in a five-story building at Spring Street and the Bowery. In 1973, he bought a lodge in Vinalhaven, Maine where he later resided until his death in 2018. 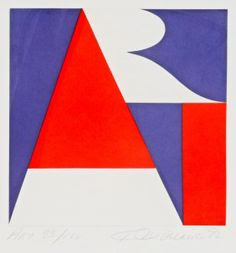 The bulk of Indiana's work consists of iconic words like his best known piece, called LOVE, in upper-case letters, arranged in a square with a tilted letter "O". The piece originally appeared in a series of poems written in 1958. The image was used for a Christmas card for the Museum of Modern Art in 1964, and as an eight-cent U.S. Postal Service postage stamp in 1973.

The first print of "Love" was printed as part of an exhibition poster in 1966.

In 1977, he created a sculptural Hebrew version of LOVE for the Israel Museum Art Garden, in Jerusalem.
In 2008, Indiana created an image showcasing the word "HOPE", and donated all proceeds from the sale of reproductions to Democrat Barack Obama's presidential campaign, raising in excess of $1,000,000.

For Valentine's Day 2011, he created a similar variation on LOVE for Google, which was displayed on the search engine site's logo. 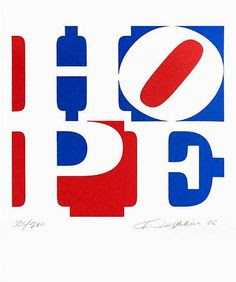 Between 1989 and 1994, Indiana painted 18 works inspired by the war motifs paintings of Marsden Hartley.
He was the star of Andy Warhol's film Eat (45 minute, 1964), which is a film of Indiana eating a mushroom. Warhol also made the brief silent film Bob Indiana Etc. (4 minutes, 1963), as a portrait of the artist.

In 1964, the architect Philip Johnson commissioned one of Indiana’s pieces for the New York State Pavilion at the World's Fair. 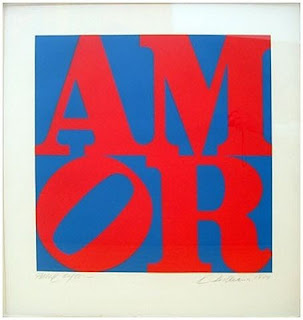 Posted by Tparker at 2:47 PM No comments: