Marcel Janco (Iancu) (1895-1984) a Romanian and Israeli artist, was the co-founder of Dadaism and a leading advocate of Constructivism. Janco was the eldest of four children, born in Bucharest to a wealthy Jewish family. He attended Gheorghe Şincai School and studied drawing with Iosef Isor. At Gheoghe Lazar High School, Janco met and became friends a number of soon to be influential people like Tzara, Vinea, Jacques C. Costin. Janco’s friends and collaborators often described him as melancholy, very handsome and charismatic. He was considered one of the leading Romanian Jewish intellectuals of his generation, very knowledgeable and was well-read in French literature. 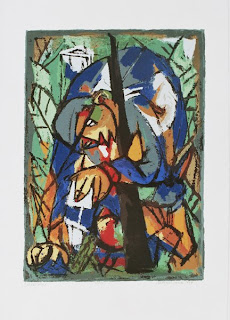 In October 1912, Marcel worked as Editor and Graphic Designer for the Symbolist magazine Simbolul, but he later moved on to work for a daily paper called Seara.  After the start of WWI, Marcel left Bucharest for Switzerland where he studied Chemistry at the  University of Zurich, then switched to Architecture and studied at the Federal Institute of Technology.  He and his brother Jules earned their living as cabaret performers; where Marcel played the accordion. It was here that they met Hugo Ball  in Cabaret Voltaire. Marcel was personally involved with the acts and performances at  Cabaret Voltaire which attracted people to their performances like the notable theorist Vladimir Lenin and psychiatrist Carl Jung. The Voltaire group later called themselves Dadaists. Janco illustrated the their advertisements, and his prints were used as to illustrate their almanacs, but conflicts with his friend Tzara lead him and Hans Arp to leave the Dadaists and they joined  a number of art Constructivist groups like Neue Kunst,  Das Neue Leben  and Artistes Radicaux. 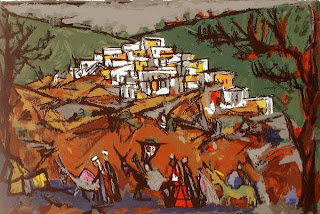 It was also in December 1919, after Marcel went to France, that he met and married Amélie Micheline "Lily" Ackermann. Two years later, the Jancos moved to Romania, where they had one daughter, but another daughter died in infancy. The Jancos divorced  in 1930, and Marcel later remarried, this time to Clara "Medi" Goldschlager, the sister of Jacques G. Costin. The couple had one child, Deborah Theodora.

The next few years saw Janco widely involved in architecture, and editing and illustrating for several journals and exhibiting his art. Janco opened up his own business, Birou de Studii Moderne, officially run by the fictitious Marcel Iuliu Iancu, and it was at this time that Janco had a "revolutionary" vision to change the face of urban design. Early in 1922, Janco and Vinea founded the historically important and longest-running Romanian avant-garde political/art magazine, called Contimporanul to which Janco contributed some 60 illustrations, 40 articles on art and architecture, and included a number of his architectural designs. Janco was also largely responsible for the magazine’s feature issue on Surrealism. He maintained a link between
Contimporanul and Der Sturm, which republished his drawings, and the Vienna-based magazine MA also published samples of his graphics. Janco, with M.H. Maxy,   curated the Contimporanul International Art Exhibit of 1924, which reunited the major currents of Europe's modern art. It included works by Constantin Brancusi  Hans Arp, Klee, Richter, and Kurt Schwitters.  Janco also illustrated Pillat and Perpessisius’s Antologia poeţilor de azi, and produced drawings for Camil Baltzar's erotic Strigări trupeşti lîngă glezne. Around 1926, he joined with the Bucharest art collective Criterion, which exhibited at Dalles Hall in 1933, and he represented the Bucharest collective Arta Nouă, exhibiting at the Maison d'Art club.  He took on students in his Bucharest studio, including the future painter-photographer Hedde Sterne, Once Janco finally received his architect certification in 1934,  he wrote a text about the need and opportunity in Bucharest for modernist urban planning, called Urbanism, nu romantism. In 1935, Janco published Către o arhitectură a Bucureştilor, which recommended a "utopian" project to solve the city's social crisis. 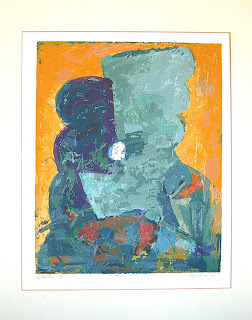 During the late 1930s Janco’s family and other Romanian Jews began to see and experience a wave anti-Semitism with the rise of Hitler and his followers. When the anti-semitic National Christian Party took power, Janco was coming to terms with the Zionist ideology, describing Israel as the "cradle" and "salvation" of Jews. In 1941, Marcel and his family left Romania and relocated to Israel. Once they were settled, he worked as an architect for the city of Tel Aviv, and he designed and helped to preserve Israel’s national parks. 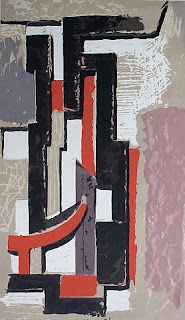 While in Israel, Janco became a noted participant in the development of local Jewish art, and he lectured at the Seminar Hakibbutzim college.   In May 1953, when he came across a deserted Palestinian Arab village, Ein Hod, Janco felt that the place should not be demolished, but rebuilt as an artist colony.  He became the colony’s first mayor and instituted a strict code for its settlement. The Ein Hod colony was also important in that the architecture cultivated pre-existing Arab-style masonry instead of building new buildings. Janco was also a founding member of Ofakim Hadashim. Also, during this period, Janco exhibited his artwork widely throughout Europe and had a retrospective of his art in New York City, in 1950. 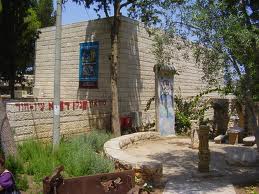 Janco's studio in Ein Hod, IsraelJanco made concerted efforts to preserve connections with Romania, and his Ein Hod studio became home to other Romanian Jewish emigrants fleeing communism. As for Janco’s buildings, the Romanian communist regime largely ignored his architectural contributions, and after the Romanian Revolution of 1989, Janco's buildings were subject to legal battles. Only three of his buildings (as of 2008) are listed in the National Register of Monuments. 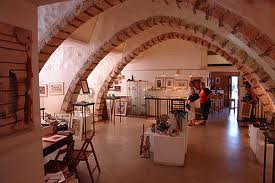 Janco’s artistic influences spanned Post-Impressionism, Cubism, Futurism, German Expressionism,  Dada, Constructivism, and Surrealism. A lot of his prints were linocuts and silkscreens. His covers and illustrations for Simbolui are generally considered Art Nouveau and  Symbolist, but his own artistic preferences were closer to Cezanne and Cubism. Janco himself claimed that Dada was not as much a fully-fledged new artistic style as "a force coming from the physical instincts", directed against "everything cheap". His own work featured Dada found art, and supposedly he was the first Dadaist to experiment with everyday objects rearranged as art. He credited Paul Klee with having helped him "interpret the soul of primitive man". Around 1919, Janco had come to agree with Schwitters and van Doesburg to describe Constructivism as a needed transition from "negative" Dada. Futurism was of interest after Janco’s 1930 encounter with Marinetti.  Another major influence on Janco's work was Expressionism, via Die Brucke and  Kokoshcke, and later reactivated by his work with Der Sturm. After 1930, Janco returned to "analytic" Cubism. In discussing architecture, Janco first theorized that Abstract-Expressionistic decorations needed to an integral part of the basic architectural design. He said his own architectural work was entirely dedicated to functionalism, which included his furniture designs. By the time of World War II, he returned to Expressionism and then moved into the realm of pure abstraction, which he believed represented the artistic "language" of a new age. Soon after moving to Israel, Janco began painting brightly colored landscapes, and later he developed an interest in the Jewish tradition of interpreting symbols. Finally, Janco saw his Ein Hod project as the culmination of his work, and called it "my last Dada activity". 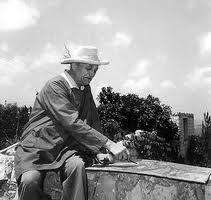