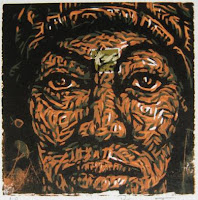 Peterson Kamwathi, born in Nairobi, Kenya, in 1980,  now resides in Kiambu. Kamwathi attributes his mother as having instilled his first interest in art after she gave him  a watercolor set. He graduated from the Shang Tao media Arts College in 2005 and has gone on to work as an internationally recognized artist and teacher. 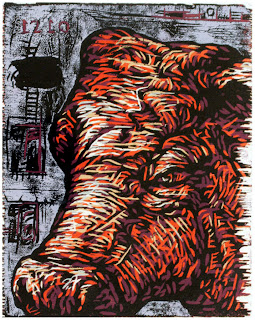 Arguably considered one of Kenya’s rising young art stars, Kamwathi is quickly establishing himself as a major artist in Africa. The 30-year-old artist talks with the wisdom of a man twice his age. His work combines clear conceptual elements with a rich resource from his country’s cultural, social and political history. A story-teller in keeping with the traditions of his culture, he is also a recorder, questioner and messenger of truth. His motivation flows from a sense of duty to one’s society and humanity of the world. He talks about the physical and spiritual ‘seeking Bruce’ Onabrakpeya, (who is one of Kenya’s most experimental and prolific artists) to always look to redefine oneself and seek the truth of one’s convictions. 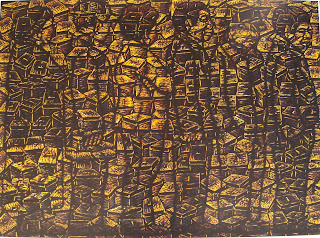 Today, Kamwathi works primarily in printmaking, but he has also explored metal, glass and mixed media drawings. Kamwathi writes,  “I have a deep interest in printmaking because of its indirectness and to an extent its perceived rigidity in technique and expression; I am also attracted to the medium’s history in religious, social and political advocacy.” 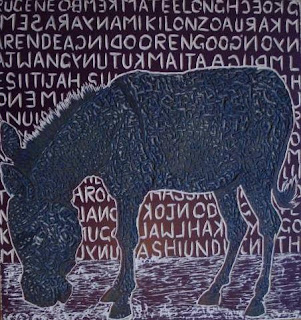 A good portion of Kamwathi’s social/political work has been concerned with the iconography and process of Kenya’s 2005 first constitutional referendum. His powerful works have also been a response to national and global socio‐economic and political topics like the debacle of the 2007 Kenyan General Elections that nearly brought the country to a civil war. 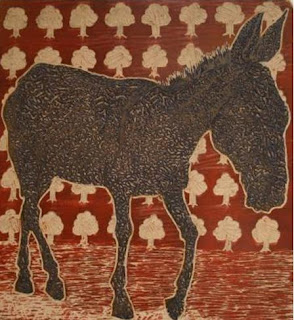 His symbols are easy to comprehend, non-threatening and authoritative. His iconography comprises the following: indigenous donkeys or cattle with a hump (bull) which in Kenya signifies traditional or family wealth; the ballot box which signifies democracy by rule of law: the queue which signifies “limited resources” and, the clove which in east Africa signifies Zanzibar’s spices and slaves trade. 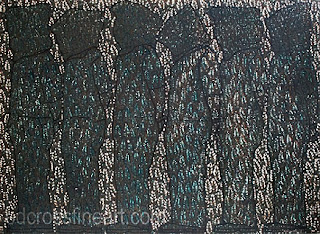 Kamwathi's covered the entire surface of his Voters’ Queue prints (like the one above) with densely packed, small ballot boxes superimposed upon figures standing in a voters’ line. The figures are stalemated by the ballot boxes, nonetheless, they metaphorically stand for the electorate. They symbolize the voters’ perseverance in the face of election fraud and corruption of the electoral process. 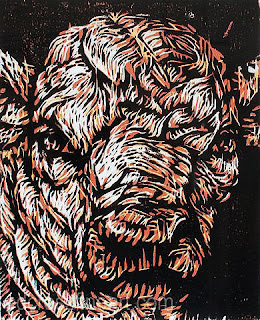 Insisting that his art does not advocate political protest, Kamwathi states, “…My  art is my perception  about what  happens in my environment as a Kenyan,  as a Nairobean,  as someone who is affected by all that is happening. I am referencing social issues…”. 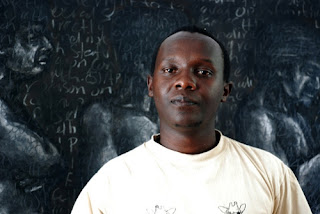 Kamwathi enjoys the collaborative nature of printmaking and his ongoing experience with the collective printmaking studios of Nairobi has inspired him to teach printmaking to the next generation of Kenyan artists. He understands the importance of encouraging younger artists to tell their own stories about culture and political/social concerns. We can be glad that these artists have earned their right to speak freely about the conditions they face, and that Kenyan artists are being recognized for their artistic contributions to the world.