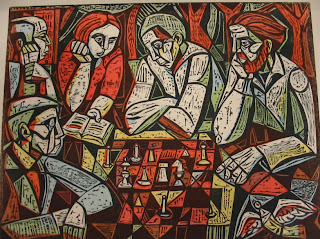 Irving Amen, (1918-2011) influential printmaker, painter and sculptor, was born in New York City. He began to draw at the age of four, and at fourteen he earned a scholarship to study at the Pratt Institute, 1932-1939. During this period, he was inspired by the drawings of Michelangelo, and copiously studied his technique to perfect his own draftsmanship. He later studied at New York’s Art Students League, and the L’Academie Grande Chaumiere in Paris. 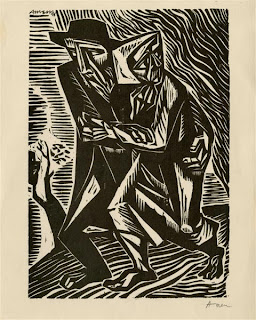 From 1942 to 1945 Amen served in the military during World War II, and did some mural work in Belgium and the Unites states during that period. After his service he returned to New York where he developed his craft in printmaking and painting. He worked primarily in relief and intaglio, often depicting themes of chess(and quite a nice series of them, too), portraits, music, Judaism and the story of Don Quixote. 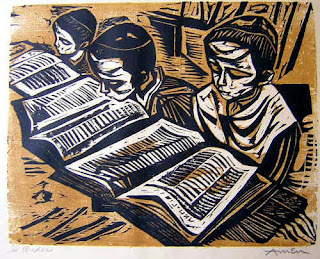 Amen’s first print exhibition was at the New School for Social Research,  and in 1949 he had a solo exhibition at the Smithsonian Institution. Later notable exhibitions included the Artists House in Jerusalem, the Library of Congress and the National Academy of Design. 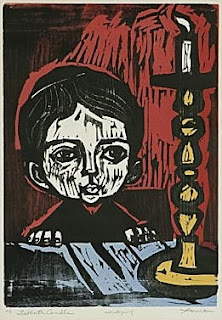 Amen traveled to Italy in 1953 where he produced a large series of eleven woodcuts, eight etchings and a number of oil paintings. Note* “Piazza San Marco #4” and its four woodblocks, produced during this trip, are part of a Smithsonian Institution permanent exhibit on color block printing. 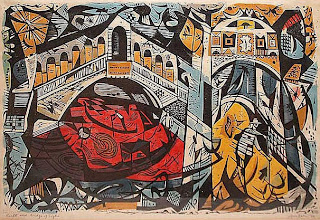 In the 1960s, Amen taught at the Pratt Institute and was a much beloved Instructor of Art at the University of Notre Dame, in South Bend, Indiana despite not having a degree. His travels in Israel, Greece and Turkey in 1960 also led to a retrospective show in Jerusalem. And in 1974, he was commissioned to illustrate The Epic of Gilgamesh in woodcuts, for the Limited Editions Club. 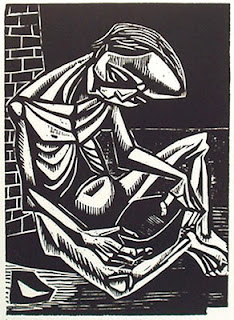 In his later years, Amen moved to Boca Raton, Florida where he lived and worked until Alzheimers’ affected his memory and he stopped teaching. 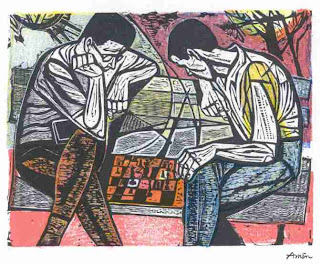 Amen’s style is largely reminiscent of the angular line and shapes found in German Expressionism artists like Karl Schmidt-Rotloff, Erich Heckel, and Max Pechstein, and the fractured Cubist-inspired works of Mauricio Lasansky and Robert Delaunay. His explorations in vibrant, expressive colors reflect an exuberance often found with Stanley William Hayter’s work whereas Amen’s works on religious and Jewish themes have a somewhat somber tone. Overall, his work speaks to the wonder and breadth of life, hope and intellect. 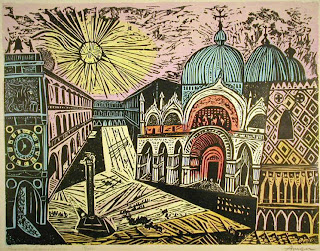