The Legacy of America's Pioneer Robert Blackburn and the Printmaking Workshop 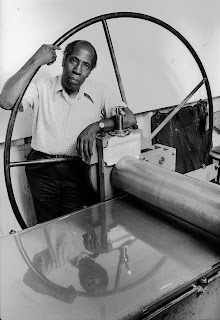 Robert (Bob) Blackburn is a name that will live in the hearts of printmakers and artists worldwide for generations to come, and the person behind the name was one of the most giving and generous men of his age. Although he left this earthly realm nearly ten years ago in 2003, his was a life full of experience and adventure and at the age of 82, few can have claimed to have done half as much.

"We console ourselves with the knowledge that he had an extraordinary and productive life" - Jane Stephenson, Executive Director, Elizabeth Foundation for the Arts

Born in Summit, New Jersey  in 1920 to Jamaican immigrant parents, Robert (Bob) Hamilton Blackburn was raised in the Harlem neighborhood of New York during its Harlem Renaissance period. In addition to the Harlem movement, Blackburn was influenced by European abstract art and American and Mexican social realism. He was mentored by several Harlem Renaissance artists like Charles "Spinky" Alston, Augusta Savage, and James Lesesne Wells and studied lithography, etching, woodblock, and silk-screening with Riva Helfond at the WPA Harlem Community Art Center. The Center was also a gathering place for black writers and artists such as Langston Hughes, Richard Wright and Jacob Lawrence. A scholarship to the Art Students League in 1941 made it possible for Blackburn to study painting with Vaclav Vytlacil and lithography with Will Barnet, who later became a close friend. 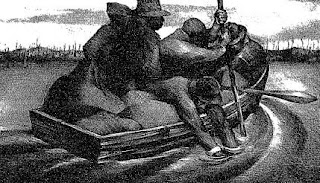 Blackburn’s early black and white figurative work gave way to colorful biomorphic abstractions and he became known for his artistic abilities as much as for his teaching and technical skills as a Master Printer for numerous artists of the age. This was due in part to the modernist trends in 1940s-1950s New York, including Abstract Expressionism, and the aesthetics of Atelier 17, a  print shop run by the renowned printmaker Stanley William Hayter.
In 1948 Blackburn and Barnet established the Printmaking Workshop, an 8,000-square-foot loft at 55 West 17th Street in Chelsea as an informal cooperative studio for experimenting with innovative lithographic techniques. 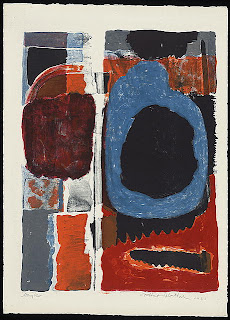 From 1957 to 1963, he was the first master printer at the prestigious Universal Limited Art Editions (ULAE) lithographic press in Long Island, N.Y. At ULAE, Blackburn collaborated with prominent Abstract Expressionist and Pop artists Larry Rivers, Helen Frankenthaler, Jasper Johns and Robert Rauschenberg. He printed the first 79 editions for ULAE, setting their technical and aesthetic standard of excellence by which all later American print shops took note. 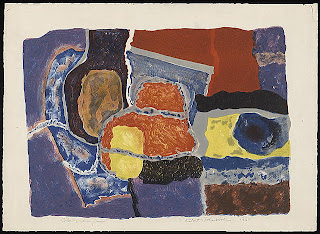 Blackburn’s own complicated, varicolored abstractions prefigured and complemented projects produced at ULAE, but his early experiments in color lithography during the 1950s literally propelled an American graphic art explosion over the next ten years.
After working at ULAE, Blackburn returned to his Chelsea studio (Printmaking Workshop) in 1963 where he encouraged thousands of artists to work in the printmaking medium. Some of those artists included  Kathy Caraccio, Roy DeCarava, Ernest Crichlow, Mel Edwards, Terry Haass, Antonio Frasconi, Mohammed Khalil, Thomas Laidman, Krishna Reddy, Faith Ringgold, John von Wicht, and Charles White among many others. Under his direction, the Printmaking Workshop became one of the most vital collaborative art studios in the world. It was celebrated in the printmaking community for its open and  innovative atmosphere, and it brought together a wide variety of artists, including longtime friend Romare Bearden. 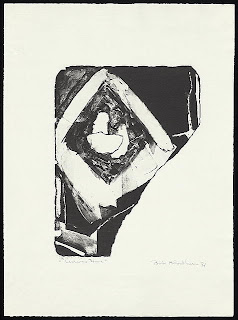 In his lithograph ‘Faux Pas’, Robert Blackburn refers to Robert Rauschenberg's Accident, the "gaffe" which became a milestone in contemporary printmaking. Through the middle of the image, a white stripe of paper breaks apart the image, alluding to the fragile nature of the limestone. Blackburn continued to explore the broken stone concept with a suite of calligraphic works, that revealed his interest in Sumi ink drawing.

In 1971, the Printmaking Workshop became a non-profit corporation, with a mission to maintain creative and artistic quality, support and encourage innovation, create opportunities for Third-World and minority artists, and foster public appreciation of the fine art print. Blackburn’s Printmaking Workshop was directly responsible for fostering similar workshops internationally, including the Lower East Side Printshop in New York City, the Asilah Workshop in Morocco (working with Camille Billops and Mohammed Khalil), and the first Namibian printshop for black artists in post-apartheid South Africa. Blackburn also worked with other internationally-recognized artists such as Diogenes Ballester, Elizabeth Catlett, Pavel Ouporov and Suzanne Scherer. 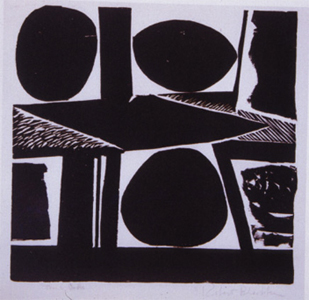 Due to financial difficulties, Blackburn approached the Elizabeth Foundation for the Arts in 2001 to maintain his workshop. It is now located on West 39th Street in Manhattan. The Foundation has mounted a fundraising campaign to continue to operate the Printmaking Workshop, and house the Printmaking Workshop's archives and Blackburn's papers at the Library of Congress. 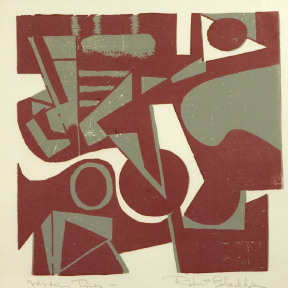 Under his guidance, the Printmaking Workshop has helped artists realize their dreams, and explore a new medium. Side by side in the studio, artists, black, white, young, old, American, foreign born, have sought to render their artistic visions in print.

In addition to his work as a master printer and mentor, Blackburn taught at the Cooper Union, Pratt Institute, School of Visual Arts, Columbia University, New York University, Maryland Institute College of Art, and Rutgers University, amongst many other institutions. 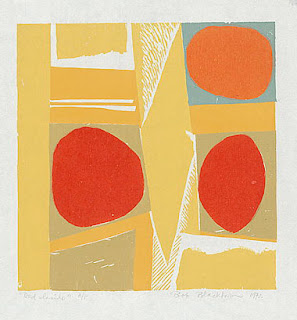 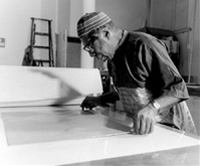 "Bob Blackburn's groundbreaking vision and achievements have influenced American Arts, African American culture, and generations of artists throughout the world. Master printer, mentor, teacher, brother, uncle, friend -- Bob made a major difference in the lives of so many of us. His legacy -- as a printmaker and as the founder and director of the Printmaking Workshop -- will long continue in the arts community; his countless acts of kindness to thousands of artists and many others will remain in the hearts of people everywhere," -Ted Berger, Executive Director of the New York Foundation for the Arts.