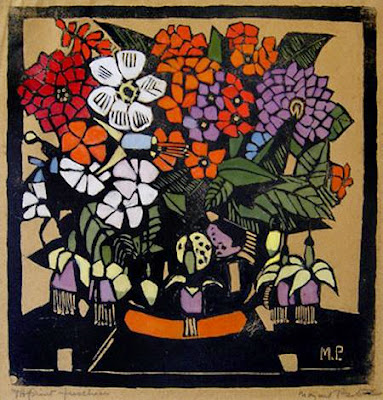 Margaret Rose McPherson Preston (1875 - 1963) was an Australian Modernist painter and printmaker. She was highly influential during the 1920s to 1940s and was known for appropriating Cubism principles and Aboriginal motifs in her work. 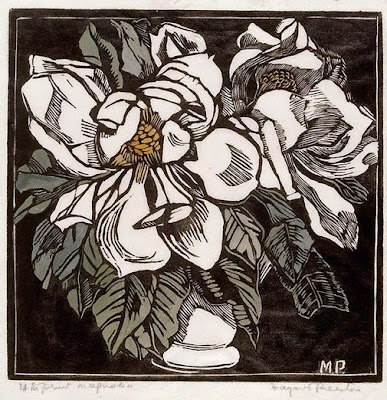 Born in Port Adelaide to David and Prudence McPherson, Preston was their first-born child. As a child she was called by her middle name Rose. Preston's interest in art began at the age of twelve, first through china painting, and then through private lessons with the artist William Lister. 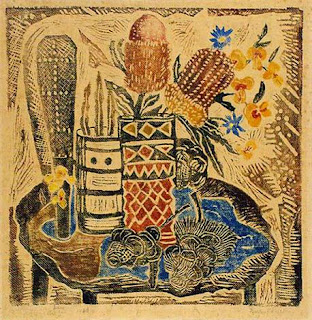 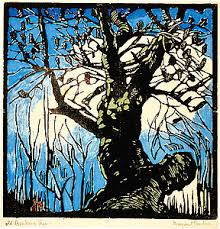 Preston was an influential teacher. She began teaching private lessons while at the Adelaide School of Design, establishing her own teaching studio in the city's AMP building in 1899. She later taught at St Peter's College, Adelaide and Presbyterian Ladies' College, Adelaide. Among her many students were Bessie Davidson, Gladys Reynell and later, Stella Bowen, who referred to her as "a red-headed little firebrand of a woman, who was not only an excellent painter, but a most inspiring teacher". 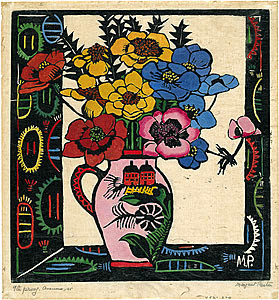 Preston became one of the most powerful artists of Australia’s Modernism movement in the 1920s, largely because of her European travels (1903-1907); studying in Munich and Paris, and travelling to Africa. These experiences would deeply influence her work for the rest of her career. Preston briefly studied at the Government Art School for Women in Germany, but did not relate well to their teaching style, nor did she relate to the body of current German art, "half of German art is mad and vicious, and a good deal is dull. I am glad to say that my work stands with the best of them". 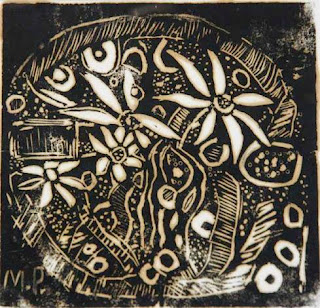 In contrast, Preston reveled in the works of French Post Impressionists, and she took advantage to exhibit her work in the Paris Salon of 1905 and 1906. She was introduced to Japanese art and design at the Musée Guimet, and the experience awakened her to new compositional ideas of asymmetry, pattern, a love of flora; and experiments with more primitive subject matter. She went to Paris for a second time in 1912 and relocated to the UK, where she studied pottery and also the principles of Modernist design at Roger Fry's Omega Workshops. Later, she taught pottery and basket-weaving to recovering soldiers at the Seale Hayne Military Hospital in Devonshire. 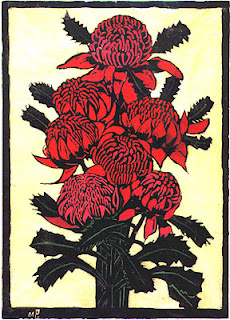 Preston experimented with etching in London, but it was woodblock printing that she continued to work in, creating dynamic, decorative images which brought her wide acclaim. She made over 400 prints, however it is known that she produced many more. The majority of Preston’s prints feature Australian native flora, because of their irregularity and asymmetry, offering her the perfect subjects for her modernist compositions. Preston preferred to work with hand-coloring and to experiment with new techniques, resulting in daring works of radical design, composition and color. 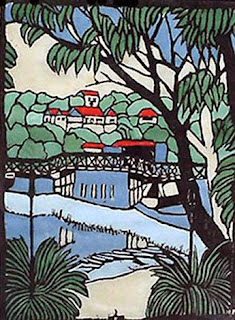 She turned to Australian Indigenous art as a source for creating a new, national art. Her early interest in indigenous art was more anthropological, than one empathetic with its spiritual sensibilities, but her work matured, revealing a strong spiritual connection with the land, and also reflected her deep interest in Chinese art. Her last series of prints were based upon a religious theme, and are generally thought to have been motivated by the Blake Prize, instituted in 1951. 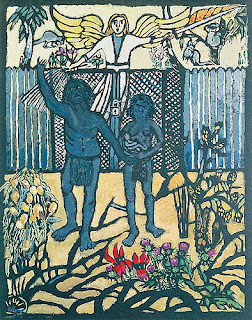 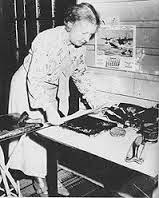